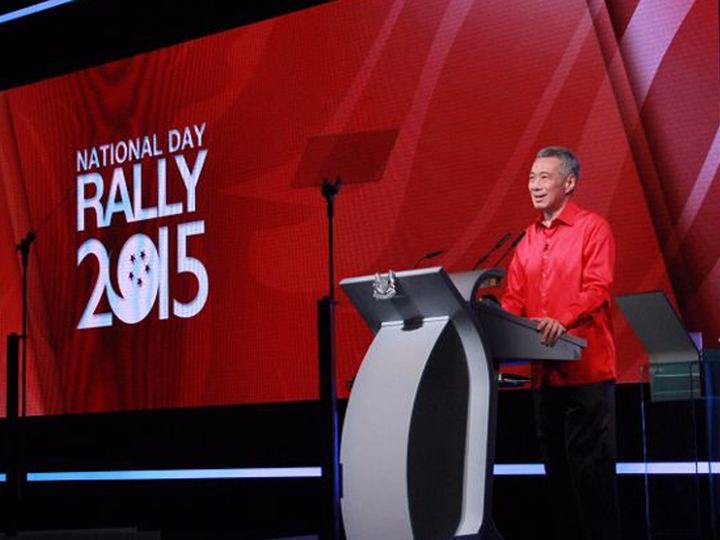 COWBOYJOHNNY: A rousing rally yesterday (23 Aug) by Prime Minister Lee Hsien Loong, though a little underwhelming if you’ve been watching rerun after rerun of the late Lee Kuan Yew’s rallies from March till now. Still, a slew of goodies were announced which many would be pleased with, despite the PM glossing over several issues which are strong concerns of Singaporeans. Here’s the breakdown.

If you’re planning to buy a HDB flat within 2km of your parents, your grant has just been doubled to S$20,000. This can be tiered with other grants such as S$30,000 given to first time HDB homebuyers , so young people will have a S$50,000 incentive to grab their first house near their parents. The question is whether putting up with the in-laws is worth the money.

If you’re a first-time flat buyer looking for a home in non-mature estates which are 4-room flats and smaller, congrats – the Special CPF Housing Grant has been increased from S$6500 to S$8500.

Daddies will now get 2 weeks paternity leave – up from just one week. It’s backdated to 1st Jan 2015, so dads, you can harass your employer for one extra week of childcare leave. The Baby Bonus will also be given to all children, and not limited to only the first 4 children in a household. 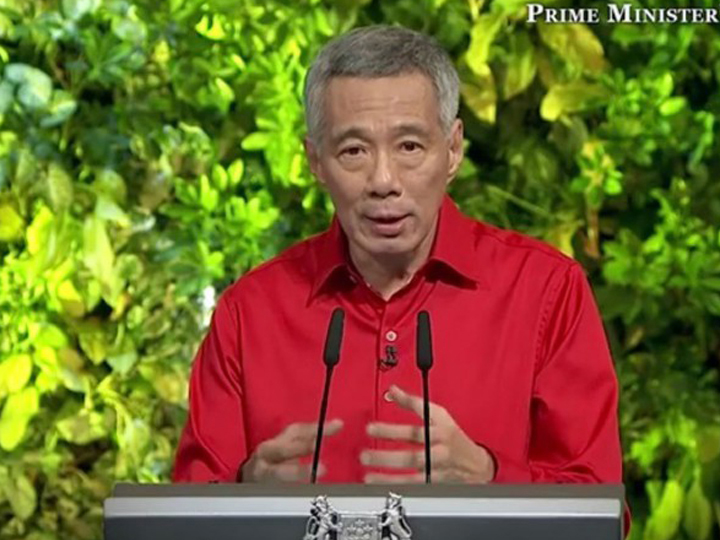 The purpose of the HDB is to offer affordable public housing, no? The danger of raising the income ceiling for home buyers is that some, if not many, will take advantage of the higher government grants to purchase their homes, with an eye of selling off their property after the 5-year Minimum Occupancy Period for a profit. There will also be more competition for lower-income households, so will this move negate the government’s efforts to help more people who are struggling to own a home afford HDB flats? (Income ceilings for buyers of new Build-to-Order flats will be raised from S$10,000 to S$12,000. Executive Condominium buyers will have their income ceilings raised by S$12,000 to S$14,000.)

It’s been upped from 65 to 67. This means that companies are required by law to offer re-employment to eligible workers when they turn 62, up to the age of 67. In return, the companies will receive a Special Employment Credit from the government – up to 3 percent of the staff’s monthly wage if he or she is above 65 years old.

But without a minimum wage, is this raising for the re-employment age simply a token move? How much dignity and self-worth would elderly employees who worked their way up the ladder retain, if they had to take say an 80 percent pay cut?

Also, the law mandates an offer of re-employment, not actual re-employment. There’s not stopping companies from under-cutting staff, and following their rejection of the offer, proceed to offer jobs to younger workers, such as how the national Job Bank madates employers must open job postings to Singaporeans first, and can then open those jobs to foreigners after 2 weeks if no “suitable” Singaporeans candidate is found. The policy looks good, but the devil lies in the details. 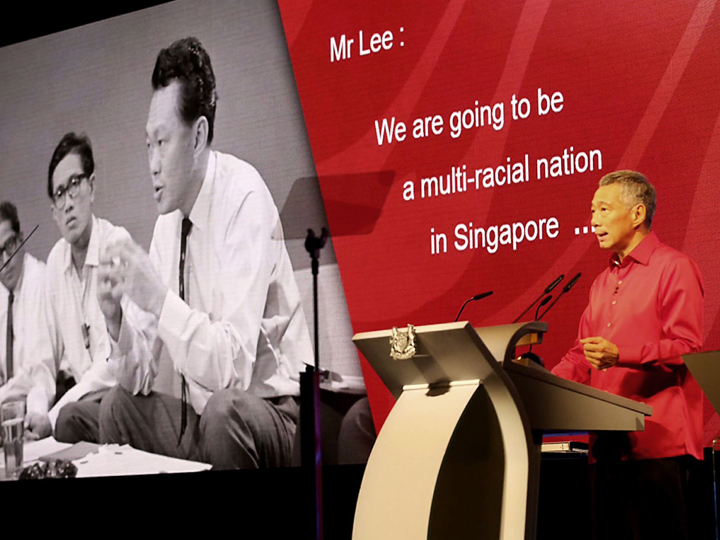 (1) The Plight of the Malay Community

Nothing to do with race here, but picking up on PM Lee said during the NDR, a significant proportion of Malays were living in rental flats, especially those that previously owned flats before being beset with marital or financial woes. As such, counselling will be given as support to help such families solve their financial woes.

This is in stark contrast to what the government has been saying that the Malay community has made significant progress over the years.  So what is their true plight, really? Is rising social inequality in Singapore keeping many trapped in a vicious poverty cycle? More has to be done to investigate the root cause of their situation, and assist them in improving their lot, rather than simply teaching them to cope. We are all Singaporeans.

Figuratively, it’s called “flogging a dead horse.” Literally-speaking, the Prime Minister has been milking his dead father’s name in an attempt to secure more votes for the PAP. We’ve been through months of LKY reruns, and pretty much know that our first prime minister was one hell of a badass. But he’s not here anymore. What about the rest of those breathing? If, by law, we’re not allowed to make money by merchandising Mr Lee’s image, than the PAP should not be allowed to use him time and again as a deference to “see how good we were in the past will also be in the future”. Isn’t that also called “selling out”?