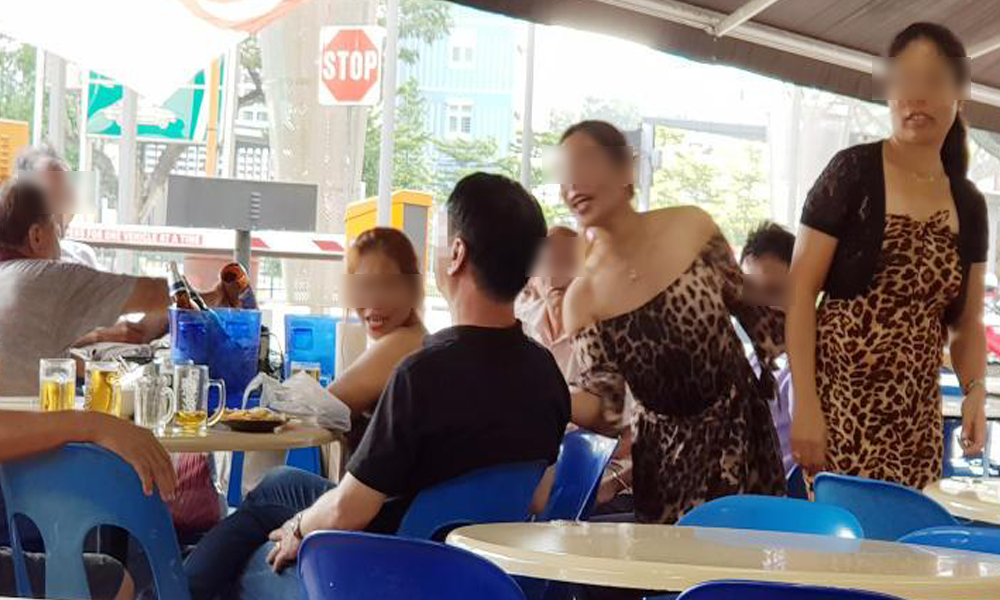 Looking sexy in their low-cut tops that reveal ample bosom, some naughty maids have taken to moonlighting as beer girls at a Kallang kopitiam to earn some extra bucks.

Over the weekend, at least 5 “beer maids” were spotted at the kopitiam near Kallang MRT station flirting with uncles and ah peks.

According to an eyewitness, the “beer maids” would ply their trade during the weekends before leaving at about 7pm – the time when most maids are supposed to return home from their day off.

Maids in Singapore appear to have fallen on hard times.

Hundreds of maids have been seen queuing up at licensed money-lending outlets to borrow money.

Some have even borrowed money from several unlicensed money-lenders at a time, resulting in trouble for their employers.