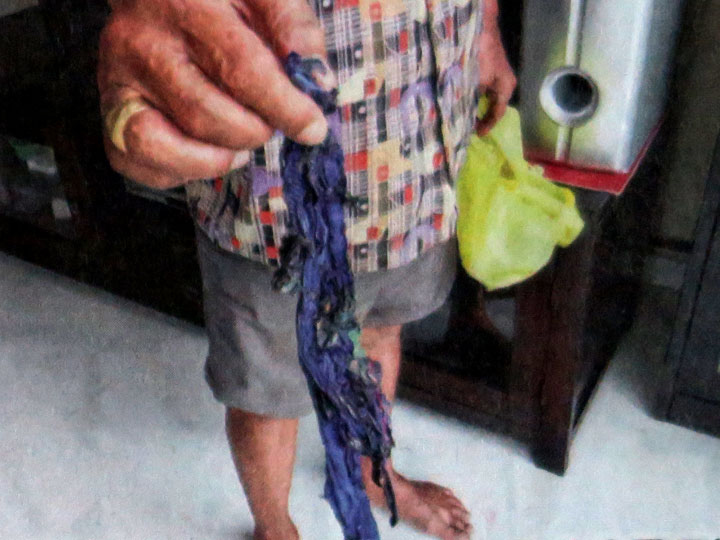 Mr Teo had been in the living room when he caught a whiff of something burning.

He checked around and to his horror saw his bedsheet in flames.

“When I saw the fire, I quickly fetched some water to put it out. Luckily nothing else was burnt.”

That picture you see above is all that’s left of the bedsheet.

Mr Teo thought it must have been his neighbour in the flat unit one floor below who was up to no good, so he confronted her.

He said that she refused to say anything regarding the incident, so he called the police.

But the neighbour, 86-year-old Mdm Wong, has admitted that had indeed tried to burn Mr Teo’s bedsheet.

The reason for that:

“The upstairs neighbour always hangs his bedsheet to dry outside, blocking my window and the sunlight. I told him many times about this and to stop doing it but he refused to listen. That made me very angry.”

But the retired ah ma didn’t expect things to turn out so disastrous!

“That day I saw the bedsheet blocking my window again and I got angry so I took a lighter, lit it and held it against the bedsheet. I didn’t think the whole thing would catch fire!”