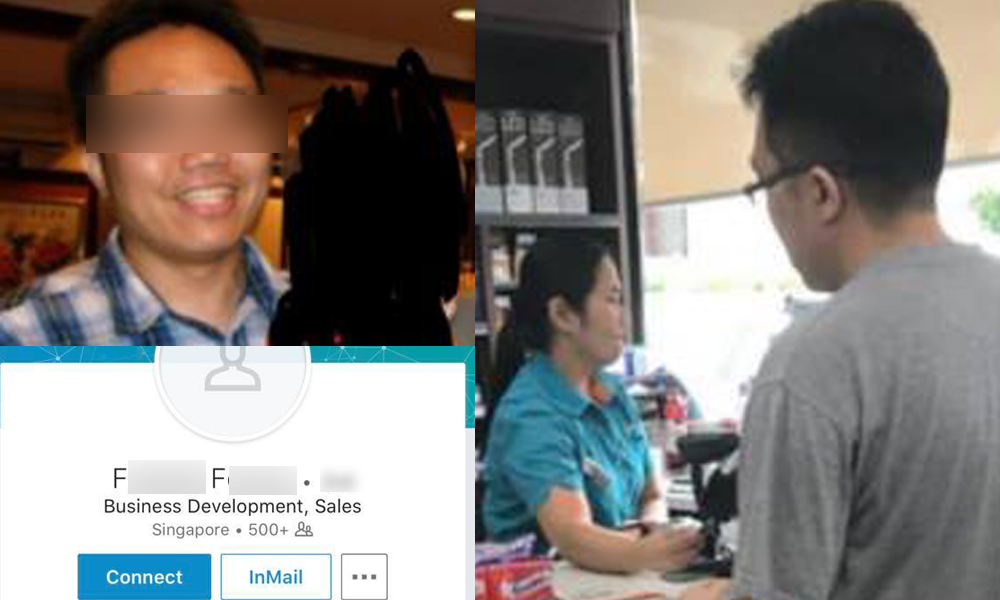 It’s uncertain what exactly happened, and the matter is still being investigated, but that hasn’t stopped netizens from digging up the personal information of the “S$10 Caltex BMW Driver” and posting those details online.

Details such as his name, occupation, area of residence, and car registration details, down to his season parking subscription at a Tampines housing estate carpark. 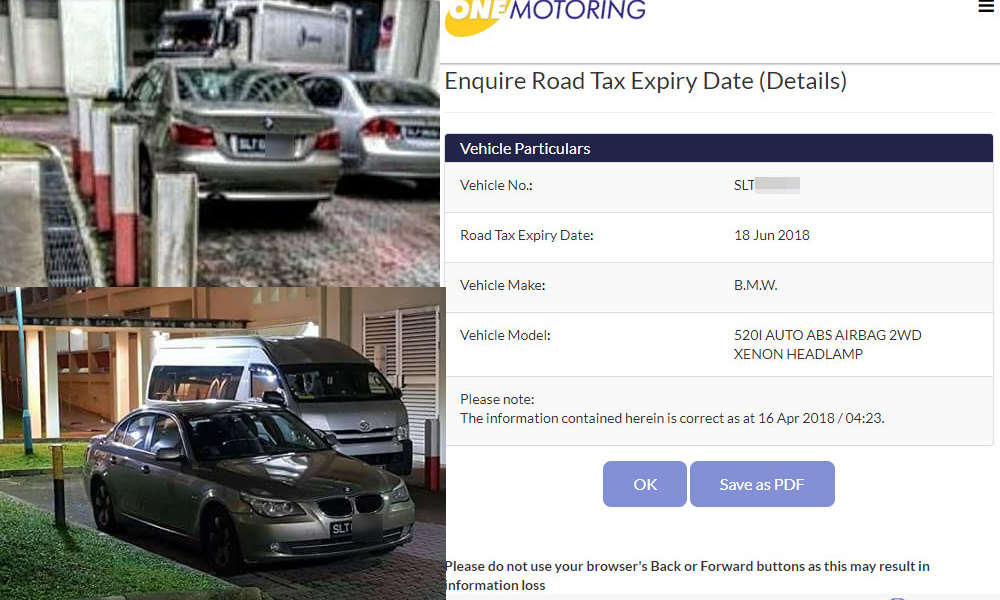 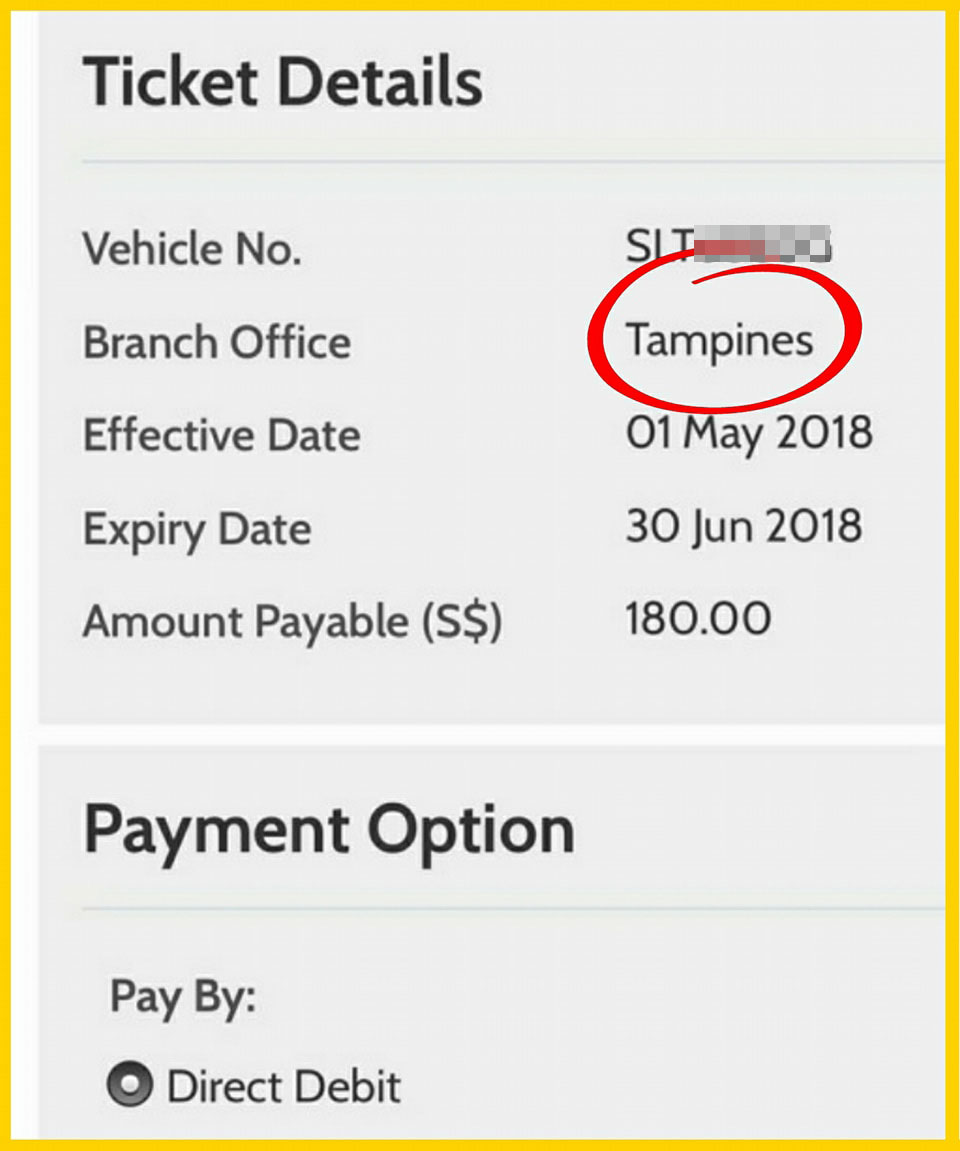 “S10 Caltex BMW Driver” came to fame after a Facebook post accusing him of making an elderly pump attendant at a Tampines Caltex petrol station foot S$125 for his petrol because he had only asked for S$10 worth of fuel.

The elderly pump attendant had reportedly made a mistake and “pumped full tank” worth S$135. 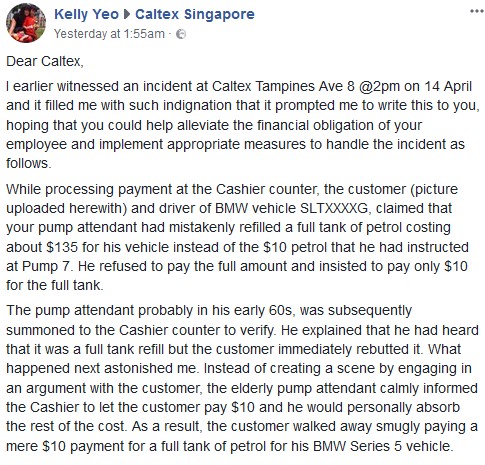 Pump attendants at the station said S$10 Caltex BMW Driver had mentioned that the car was borrowed and he was replacing the petrol that he had used.

They said that while they haven’t encountered similar incidents before, it is known to staff that they will have to bear the cost if they make a mistake.

However, Caltex has issued a statement saying that the elderly pump attendant “did not bear any financial obligation from the events that occurred”.

The company said that the “station manager, together with the management team, are looking into this issue now and an investigation is ongoing”.