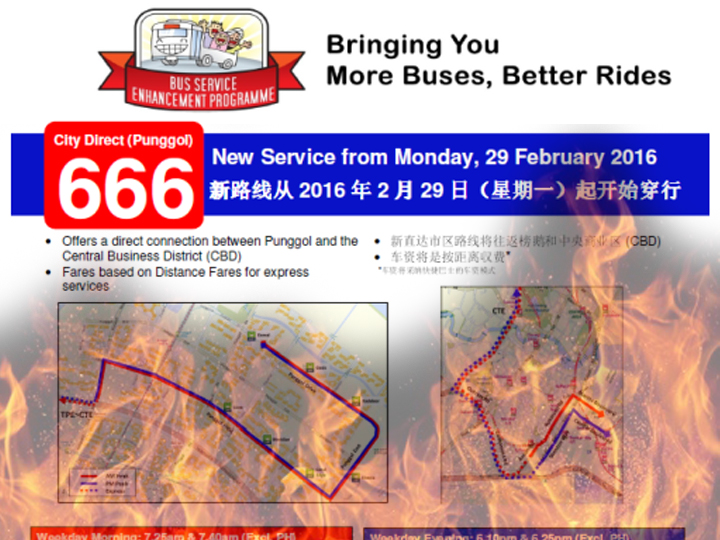 For years, the running joke has always been that living in Punggol would be a living hell since its far from the city and far from any semblance of developed amenities (besides the new Waterway Point lah).

Now a new bus service announced by the Land Transport Authority has just added to the mirth.

Bus 666 is will link Punggol to the Central Business District.

The biblical Number of the Beast wasn’t chosen to so we could disturb Punggol residents even more than they’ve already been poked.

Rather, the privately-operated bus service is part of a series of bus services that’s been rolled out, starting with bus service 651.

But since we’re into numbers, how about a bus service 444 for Sengkang, since it’s a stone’s throw away from hell? 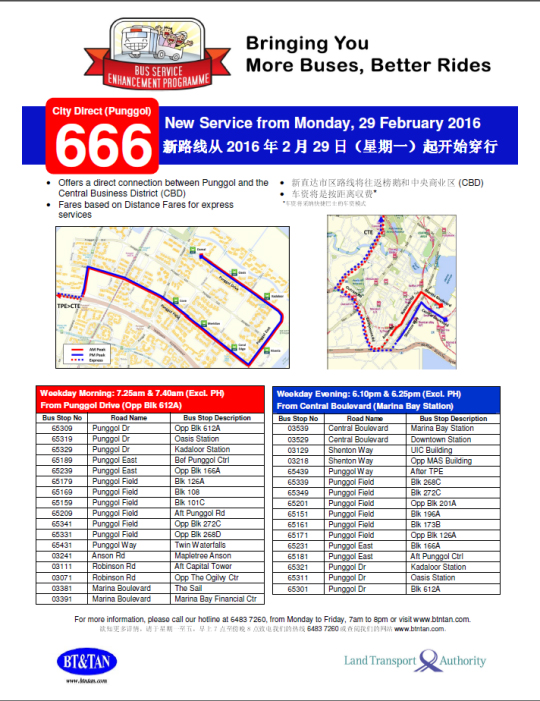