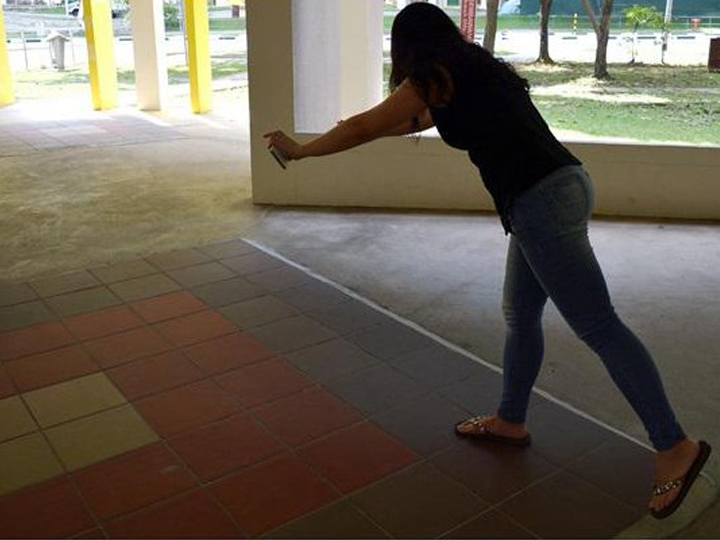 That picture above shows a 46-year-old resident of Block 354D Admiralty Drive showing how she stumbled and fell after tripping over a new uneven flooring installed at the void deck of the HDB block.

She says that after the fall, she lay on the ground, unable to move for about “2 to 3 minutes” because of the unbearable pain. 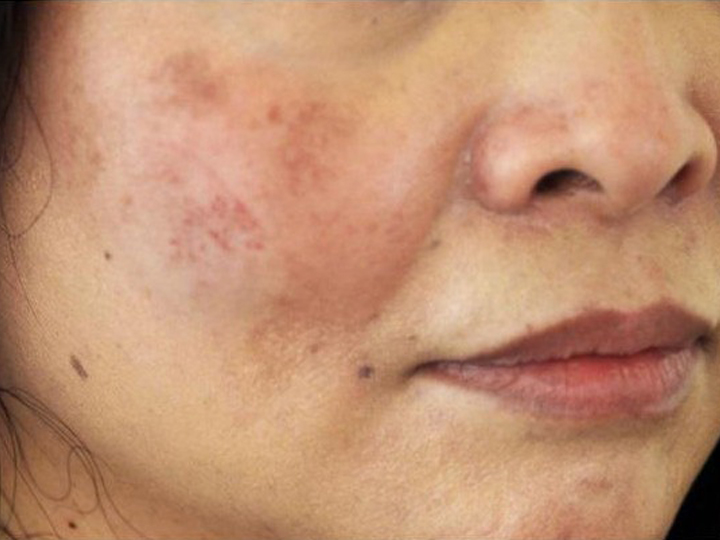 The impact left her with a swollen cheek and right arm, and scraped knees.

As a result, she saw a doctor and received 2 days medical leave.

She isn’t the only one to have stumbled over the new uneven flooring – a 69-year-old aunty had also fallen at the same spot and needed medical attention. 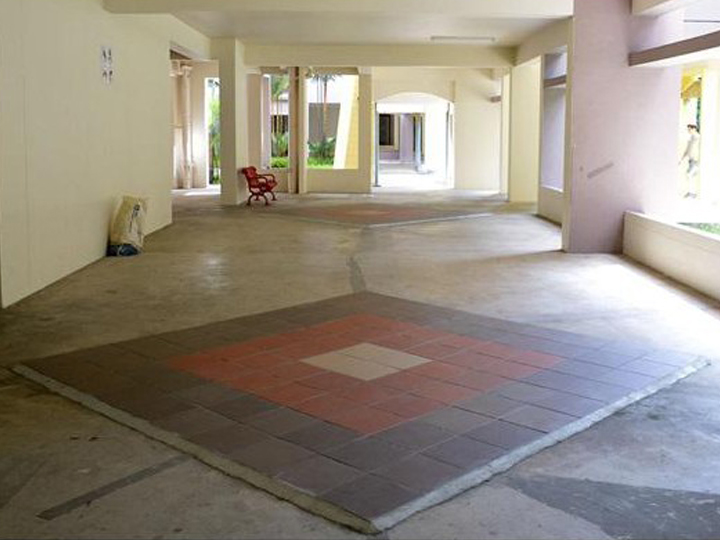 The new flooring is part of upgrading works at the block to replace the old void deck floor.

It was placed there one month ago, but further works have yet to take place.

Warning signs which were meant to be placed at the spot appear to have been removed and placed elsewhere. 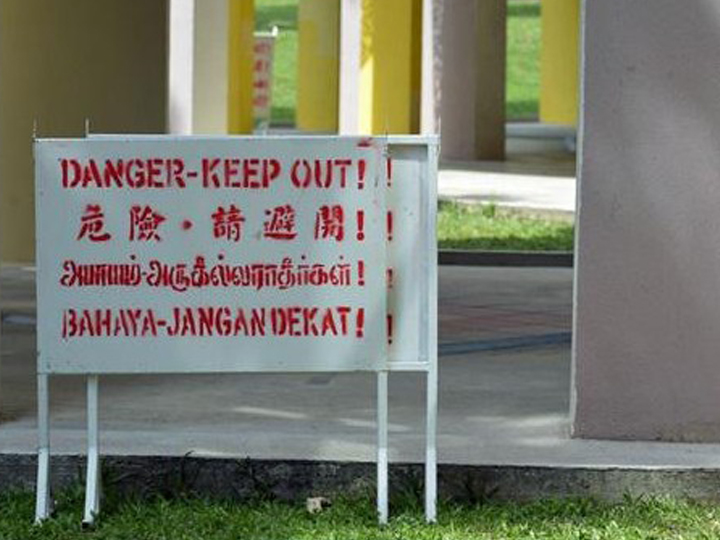 Residents have complained that the new flooring is a hazard in its current state as the area has a high volume of human traffic.

Some say that it’s especially dangerous for children, who might not always be looking where they are going.

The town council says it has contacted the contractor involved to fix the flooring.