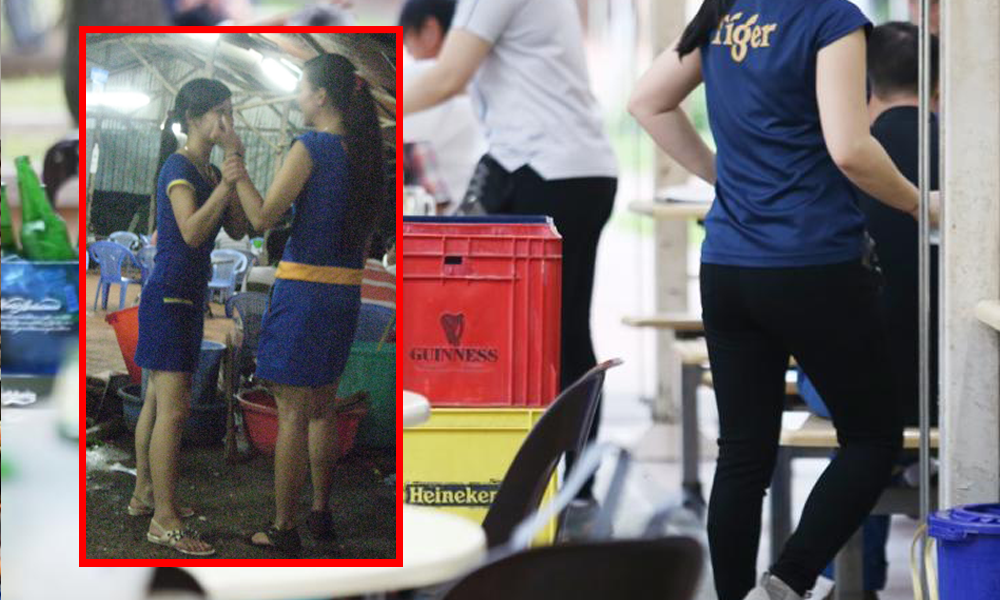 The hordes of “beer girls” still wear mini skirts that reveal their slender, sexy legs (Ed’s note: Some might beg to differ on the “sexy” part”).

But Tiger beer girls have been made to swop their tiny skirts for trousers.

The company says that the move is aimed at raising the image of its beer promoters.

And, it gives beer promoters a greater sense of “security”, according to a Tiger spokesman:

“It’s better for them to wear trousers instead of mini-skirts. They don’t have to worry about accidentally flashing themselves, and it’s easier to do their work.”

However, speculation abounds that the move is aimed at staving off lecherous customers who outrage the modesty of beer girls.

In June this year, a lao tiko was arrested for allegedly molesting a beer girl at a Yishun kopitiam.

In October last year, a naughty ang moh was fined S$3000 for molesting a beer girl by luring her over to his table and squeezing her buttocks.