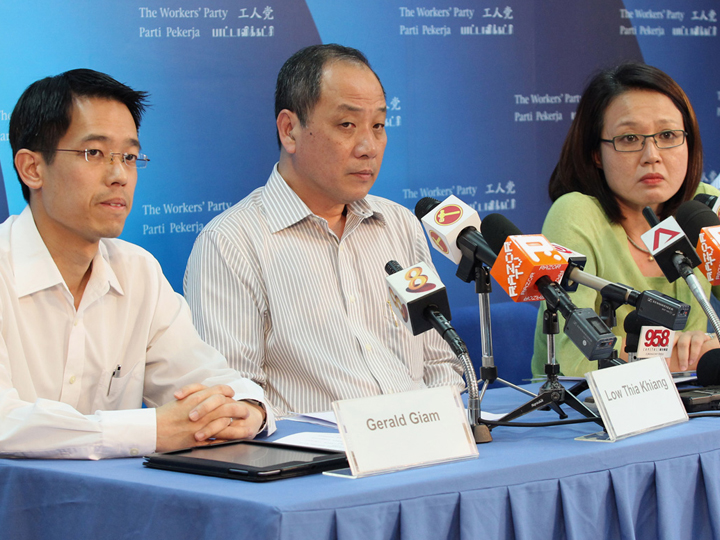 CHEN KIAT:  Two rounds of meetings were called by the NSP in an attempt to make sure that Singaporeans had an opposition voice in all GRCs and SMCs. This was a good move which resulted in no multi-cornered fights, and people unhappy with the government could vote the incumbents out. Sadly, for all its good work, the NSP was dealt a cruel and twisted blow at the hands of the WP – the most popular opposition party at the moment and the de facto leader of the opposition.

Instead of doing what’s good for Singaporeans and making sure that the opposition voice in parliament increased to limit the PAP’s stranglehold in government, the party chose to ride in on its high horse and claim ground which it never walked in the past. Marine Parade GRC, and MacPherson SMC, which was carved out of Marine Parade, were constituencies where the NSP worked hard over the years to secure their support base. But just like that, the NSP got bulldozed out of the picture. Not only did it lose areas which it was counting on to win in this election, it has gotten its name smeared and dragged through the mud,to the point where it might even suffer in Tampines and Sembawang GRCs.

And it’s not that the NSP did badly in Marine Parade in the last election. The party won 43 percent of the vote – just 8 percentage points away from a win. Even Steve Chia, an opposition candidate who actually has parliament experience as a former NCMP, has come under personal attacks which have cast doubts about his ability in the minds of voters.

Singaporeans have been calling for a greater opposition voice in parliament, but because of one declaration by the WP and so many attempts to discredit the NSP, Singaporeans might lose 10 opposition voices. The NSP has even been split down the middle because it wanted to contest in territory where it felt most confident, only to be dislodged at the last minute. If anything, opposition teams should be helping instead of destroying each other. That has traditionally been the job of the PAP, hasn’t it? It appears now that there’s no need for the PAP to fix the opposition because the men in blue have done it for them.

Singaporeans must give the NSP a chance. It has been working hard to smoothen the ground so that as many opposition voices as possible get a chance to compete for a place in parliament.  The party shouldn’t be victimised and stoned because it wanted to do right by residents, with whom it has built up relationship over the years. It would be a sad case if every opposition party won seats in parliament except the one party that worked behind the scenes to broker deals which helped get them there. Already, it’s sad to see that the de factor opposition leader can be just as hard-hearted as the PAP when it comes to fellow opposition members, and what the NSP tried to unite, the WP sought to destroy for its own gains.

Thanks Chen Kiat for this commentary.
Send us your commentaries at mail@redwiretimes.com
Find us on Facebook! https://www.facebook.com/redwire.singapore