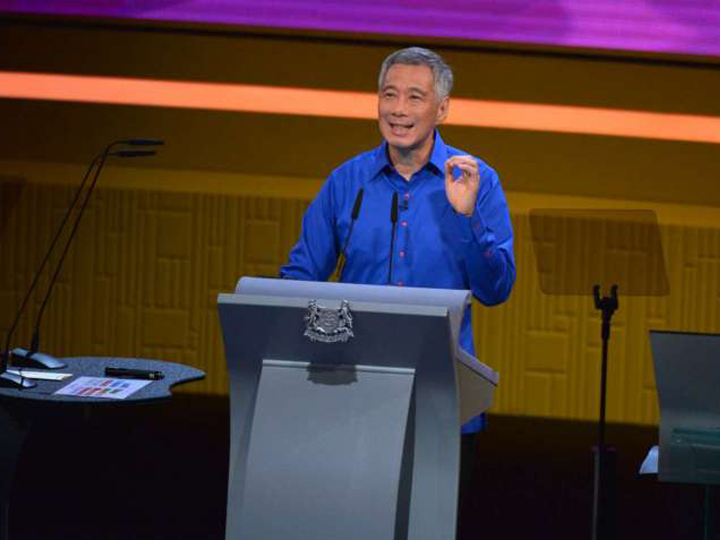 Allaying the fears of much of the Singaporean public, doctors have confirmed that Prime Minister Lee Hsien Loong is not suffering from any cardiac abnormalities or stroke.

He suffered a near-fainting spell midway through last night’s National Day Rally because of a temporary drop in blood pressure due to prolonged standing, exhaustion and dehydration.

PM Lee went for a checkup at Singapore General Hospital last night and this morning.

He has been given medical leave till 29 Aug.

In the meantime, Deputy Prime Minister Teo Chee Hean will cover his duties.

The PM appeared to slur and lose balance during his speech at 9.15pm last night.

Following medical treatment, he returned to the rostrum and continued his speech at around 10.40pm.