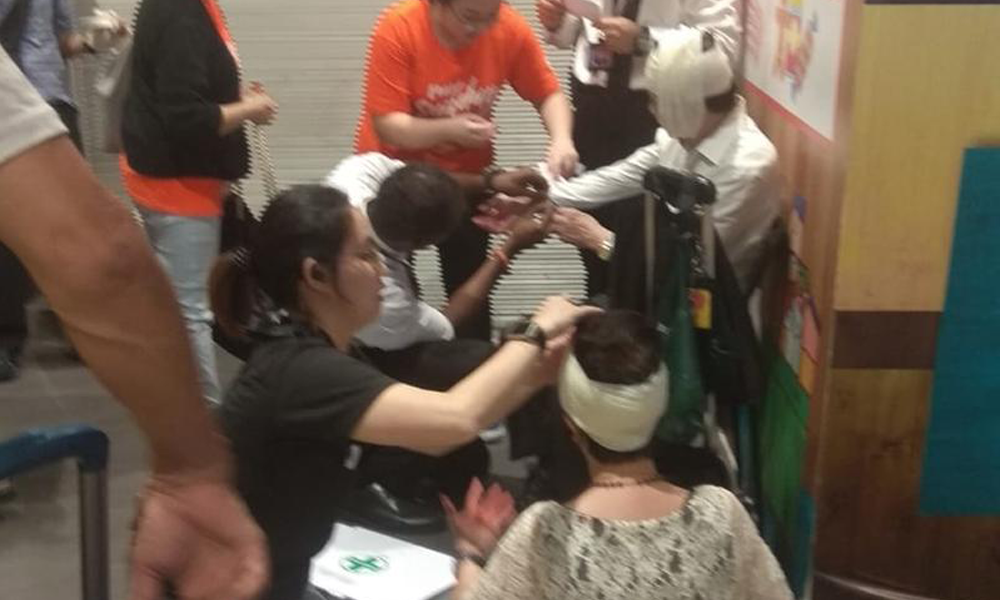 Four elderly shoppers were injured on Sunday (22 Dec) when the escalator they were riding on at Northpoint City shopping mall came to an abrupt stop.

Two of them suffered head injuries.

The sudden brake caused them to lose balance and fall down.

Bystanders were seen helping the victims and using bandage from the mall’s first-aid kit to dress the wounds of those who suffered head injuries.

The incident took place at about 5.40pm and involved the escalator leading that links the mall to Yishun MRT station.

Repair works were conducted on the lift and it resumed service 4 hours later.