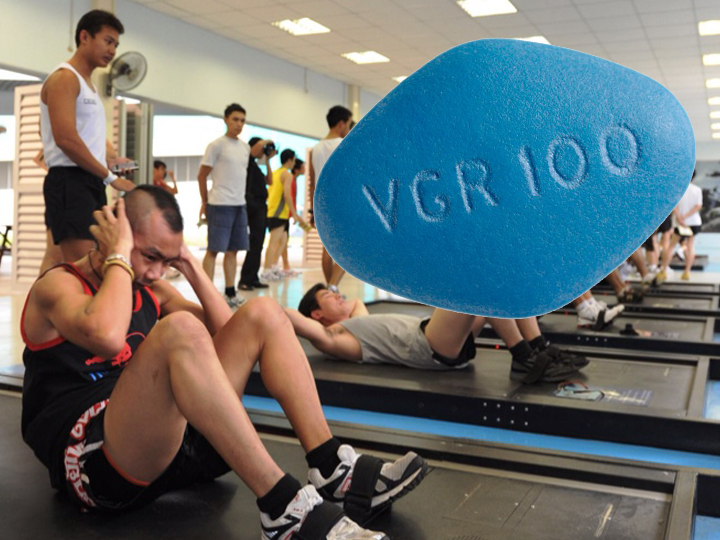 If you don’t know what Viagra is, congratulations you’re still a stallion in the sack.

The little blue pill is meant to treat erectile dysfunction in men – which in common-speak means cannot mari kita.

But flagpole issues aside, one NSman has tried using Viagra to see if it would improve his IPPT performance.

This is what he had to say:

“I actually tried this a couple of years back.

Why? Because I was failing NAPFA’s running portion, and desperately didn’t want to join NS three months earlier. I read a news article that claimed that Viagra improved athletic performance by enlarging your blood vessels, allowing your heart to pump more oxygen and increasing stamina. At the time, it sounded like what I needed.

So I went out to get some, which was surprisingly difficult. The local Guardian/Watsons didn’t have any (so embarassing to ask though) and it was relatively expensive (I don’t remember how much, but more than I was willing to pay). I eventually managed to get a few pills though.

Not wanting to waste any of it, I didn’t really test Viagra before the NAPFA day itself, so I didn’t what to expect either (though I had the deluded confidence that I’d made a genius discovery). Turns out… it didn’t really work. Well, my running time improved by 10-20 seconds, but it wasn’t enough to pass. With such a small improvement, I couldn’t really chalk it up to the Viagra.

And… you’re probably wondering: how about boners? It wasn’t really a problem, was either too tired to notice or it was just that my blood diverted to everywhere else except down there.

The moral? Maybe it’ll work for you, maybe it won’t. Didn’t seem worth it to me.”

Ok before you go out and try anything funny, let’s take a closer look at this.

A study published in the European Journal of Applied Physiology says “No”, Viagra will not improve your physical fitness.

But, it could help you perform better on physical activities (besides just humping lah) if you’re in areas of higher altitude like Nepal for instance.

There is less oxygen in the air in such regions, and because of that blood vessels in the lungs constrict resulting in less blood (which carries oxygen) circulating through the arteries to the heart and working muscles.

Then again, it’s not like any ramrod super-tough Gurkhas from Nepal would need it!