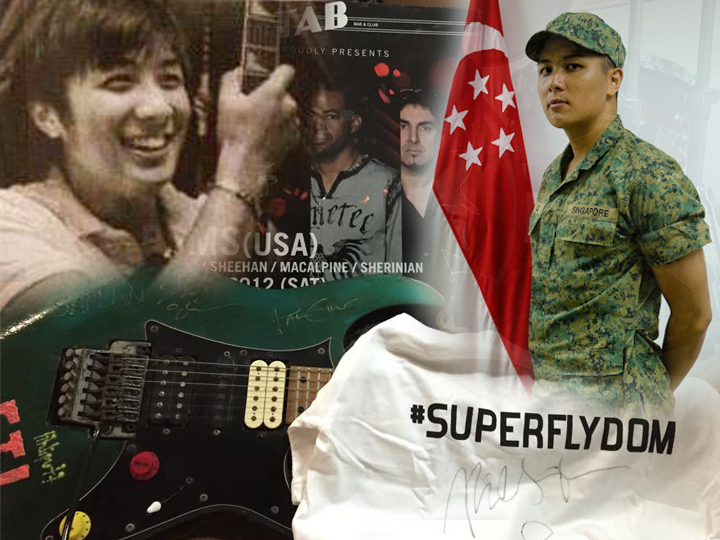 Private Dominique Lee was wearing a blue arm band, indicating he had asthma and special attention should be paid to him.

The national serviceman died from asthma during army training, brought on by an allergic reaction to smoke grenades.

A Committee of Inquiry found that 6 smoke grenades were used during that training, when SAF safety regulations allow the max of 2 to be used .

The COI also found that Private Lee’s death was entirely preventable if safety regulations were followed.

Yesterday, the High Court struck out a lawsuit against the SAF and the two officers in charge of the training exercise, brought by Private Lee’s grieving family.

Their defence called the the lawsuit frivolous, vexatious and an abuse of the court process.

They hid behind a provision in the Government Proceedings Act, arguing that they can’t be sued for negligence for deaths and injuries if the acts are attributable to service.

The Judicial Commissioner ruled the provision applied in this case.

And, like that, the SAF, platoon commander Captain Najib Hanuk Muhamad Jalal and safety officer Captain Chia Thye Siong were off the hook.

Private Lee’s family had been seeking compensation of about S$250,000, including S$34,500 for his tombstone.

They likely only received a quarter of that amount, as the SAF doles out compensation in accordance with the Workmen’s Compensation Act which pegs damages to the victim’s salary.

Private Lee’s mother has penned a gut-wrenching open letter, stating how the government has destroyed her just as the SAF destroyed her son.

“My dearest Dom, my heart continues to bleed for you. It has been 3years and 10months since you were taken from me and still, I haven’t been able to get any closure.

Today, Honourable Judicial Commissioner Kannan Remesh ruled that I have no case against those responsible for your death – the SAF and the 2 officers who did not follow the training exercise SOP. He also ruled that I have to pay for their legal costs. Dom, how can I possibly pay them for taking away your life? Where is the justice? It seems, the price I paid has not been enough. Your death has not been high enough a price for SAF and the 2 officers, and now, not enough for Honourable Remesh, it seems.

They must be right, of course – the judge, the ministers, the SAF and their officers. They are experts in their fields. Individuals who studied and trained for years to be in their current positions. What do I know? I’m only a mother to two sons. I only know to love my sons, to nurture them to become young men who will do right by others, to live with dignity, decency and human compassion. What do I know? They are the experts in their fields. They must know best. They do no wrong.

Dom, forgive me. I taught you wrong.”