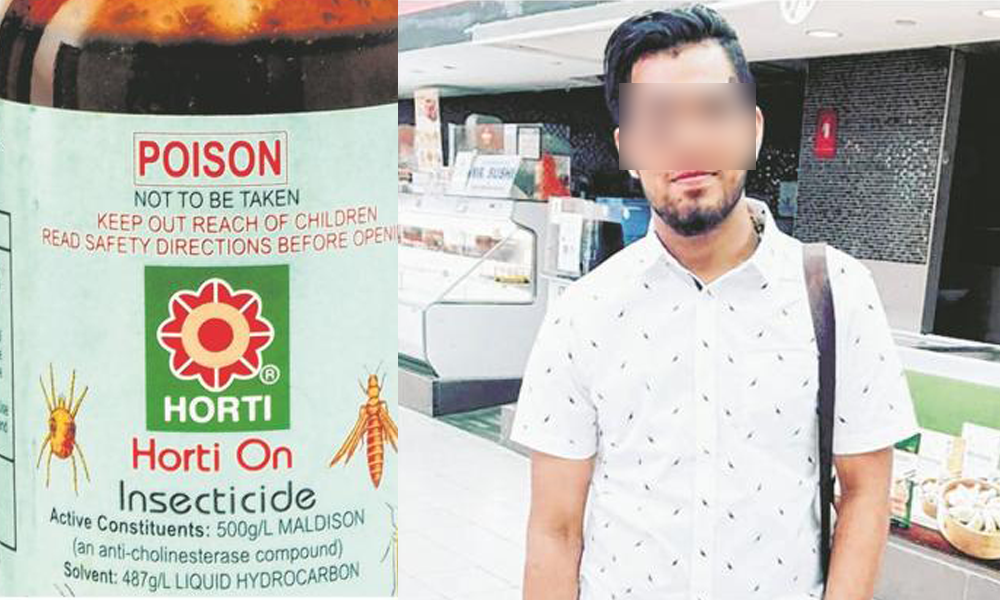 Probably finding his colleague a pest who wouldn’t bugger off, this NTUC Fairprice staff is accused of spiking his drink with insecticide!

26-year-old Nithye Alagapan reportedly stole a bottle of Horti On insecticide from the NTUC Fairprice at Nex shopping mall, then mixed it into his colleague’s drink.

The incident took place at around 1.40am on 15 June this year.

Alagapan was arrested and appeared in court yesterday (14 Aug) to face the charge of causing hurt by means of poison.

If convicted he could face up to 10 years in jail, and/or a fine and caning.

He is also facing another charge of theft.

Trial will resume on 4 September.