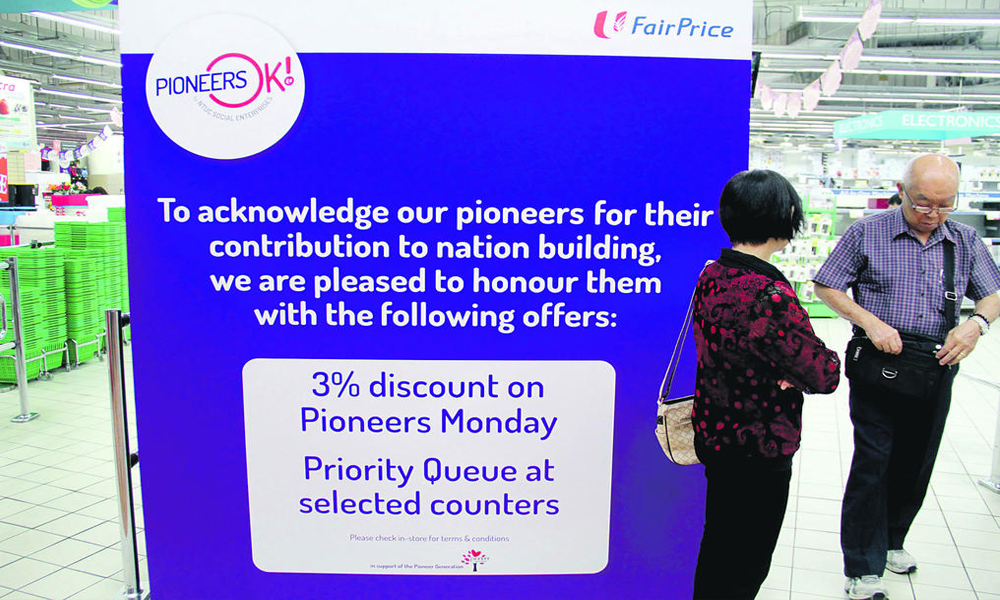 The “Pioneer Generation”, Singaporeans born on or before 1949, will be stripped of their priority queue privileges when buying groceries at NTUC FairPrice supermarkets from tomorrow onwards (1 Jan).

FairPrice explained that it was removing the special queues since the scheme had “fulfilled its objective” of encouraging customers to “honour PG members by allowing pioneers to move ahead in the queue”.

Priority queue aside, the PG discount scheme could come to an end after 30 June 2019.

Under the scheme, PG members get a three per cent discount off groceries bought at FairPrice supermarkets on Mondays and Thursdays.