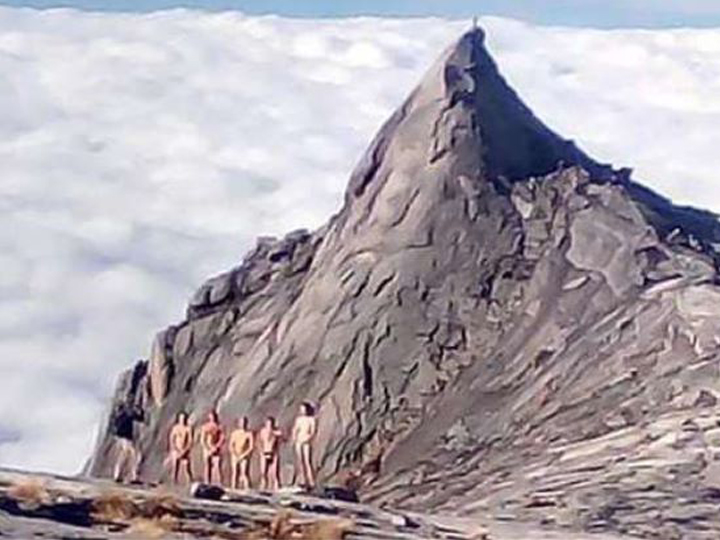 The aki, or mountain protectors are furious at the tourists who stripped and urinated at Mount Kinabalu.

The earthquake was their way of venting their anger and teaching humans a lesson.

That’s what some in Malaysia are speculating.

The 6.0 magnitude earthquake struck Sabah’s west coast earlier this morning, with tremors felt all over the city centre.

It’s epicentre was located just a 2 hour drive away from Mount Kinabalu.

No casualties have been reported.

On Saturday (30 May),  pictures of five naked men on Mount Kinabalu appeared on social media.

This was followed by another picture of 10 tourists – including four women – undressing near the south peak of the mountain.

Apparently, the tourists told their mountain guide to “go to hell” and called him “stupid” when he pleaded with them not to take off their clothes for the picture.

Sabahans condemned the images, as they consider the mountain sacred.

Malaysia lies outside the “Ring of Fire” where earthquakes are prone to occur, but it does get hit by quakes on occasion.