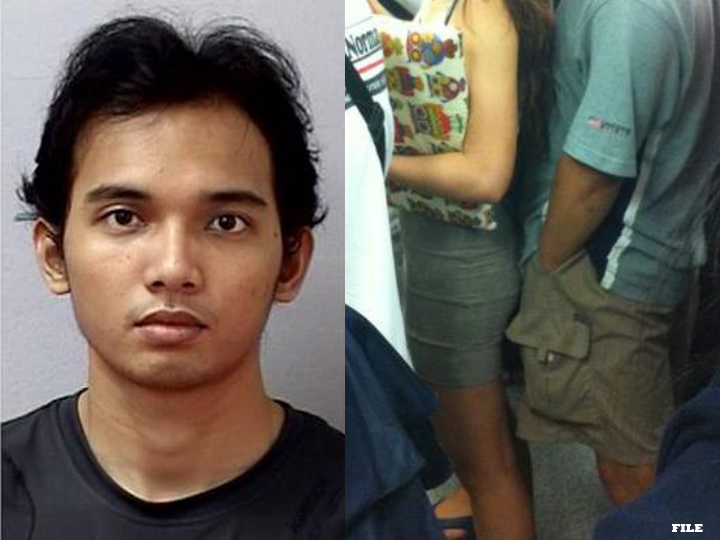 GUAN: Rigour – that’s the name of the game when it comes to Singapore’s education system.

And of course, excellence.

Then this fella – an Indonesian doctorate student who can’t even speak English.

How did he get into the National University of Singapore?

By what merit? Mega bucks?

Because he rubbed his groin against  a 20-year-old student’s buttocks while riding a train.

Even as it grew emptier from Buona Vista station to Jurong East.

“She seemed to have no negative thoughts about me so I did not move away. I assumed she had no problem about me standing where I was.”

I don’t know whether they do things differently in Indonesia, but after 26 years of living on this planet, Irfan apparently thinks it’s ok to anyhow play hantam bolah with some lady stranger on the train.

So it’s 6 weeks jail for the PhD student who prefers to grasp at women rather than grasp important communication concepts.

He’ll probably learn more life lessons in that month and a half than his whole NUS stint.

Good luck bro, and if you see a soap bar on the floor… best not to touch that too.

This story was written by Guan.
Send us your stories at mail@redwiretimes.com
Find us on Facebook! https://www.facebook.com/redwire.singapore