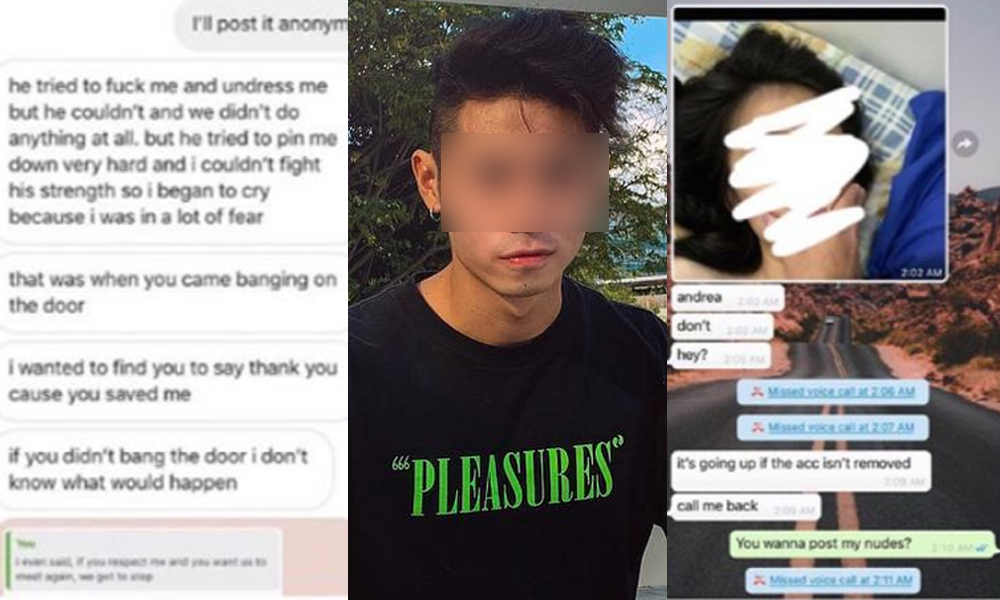 A National University of Singapore student has been accused of attempting to rape a girl and other sexual misconduct.

The allegations come after an ex-girlfriend of the student publicly shamed him on social media for cheating on her, which led to other women sharing their encounters with him.

The student, Xavier, has also been accused by his angry ex-girlfriend of threatening to release nude pictures of her if she did not remove the content of the social media account.

Xavier has responded, saying that he will not address “false accusations”, though he did admit that he “made “mistakes on cheating”. 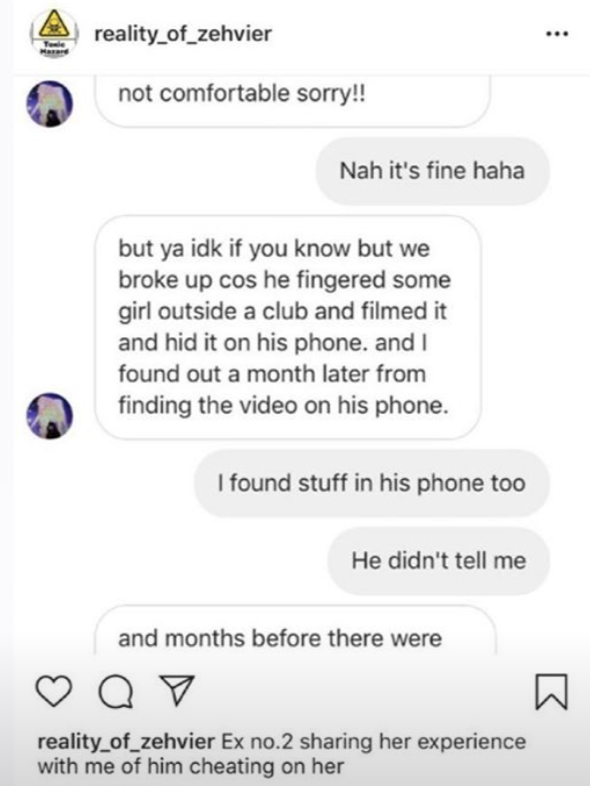 Apparently, other women came forward with more stories about how he cheated on them, and lied to them so he could have sex with them.

“He tried to fuck me and undress me but he couldn’t and we didn’t do anything at all. But he tried to pin me down very hard and I couldn’t fight his strength so I began to cry because I was in fear.

Among the allegations are one of attempted rape.

One woman said that he pinned her down against her will but “couldn’t” have sex with her, and later denied the incident saying that he did not “recall this shit”. 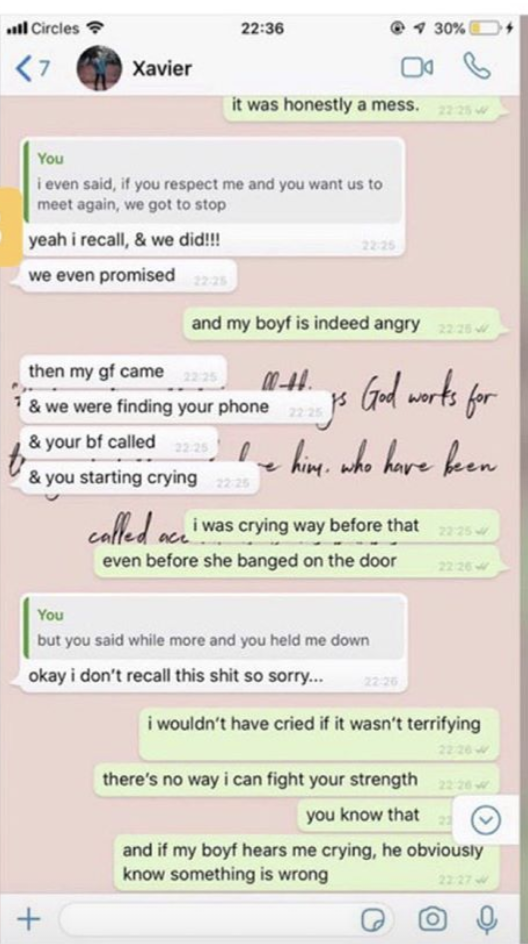 With more accusations about his alleged misconduct surfacing, and the word being spread around social media, Xavier was reportedly dropped from contracts with Red Bull and Asics.

Xavier’s ex-girlfriend later shared a screenshot of their chat, in which she claims he threatened to leak nude pictures of her if she did not remove the @reality_of_xavier. 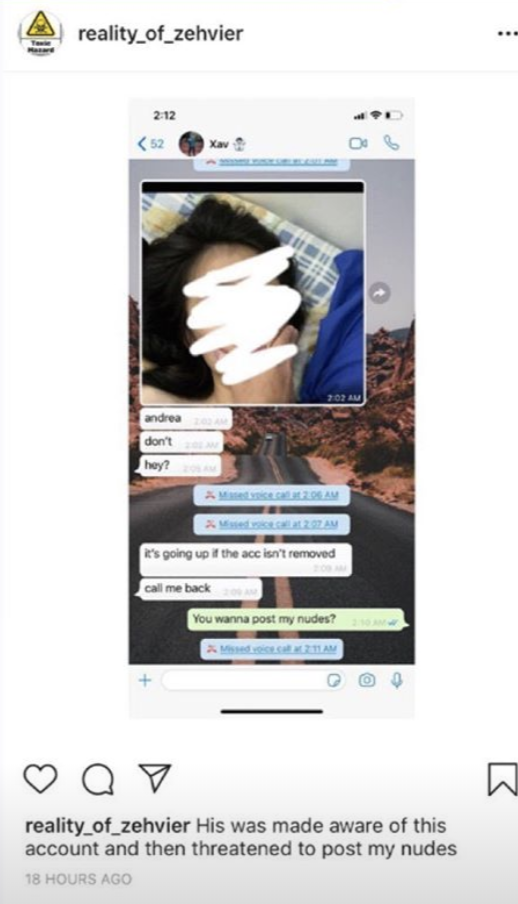 In response to the accusations, Xavier said that he has a “clear conscience” and that “the truth will speak for itself”. 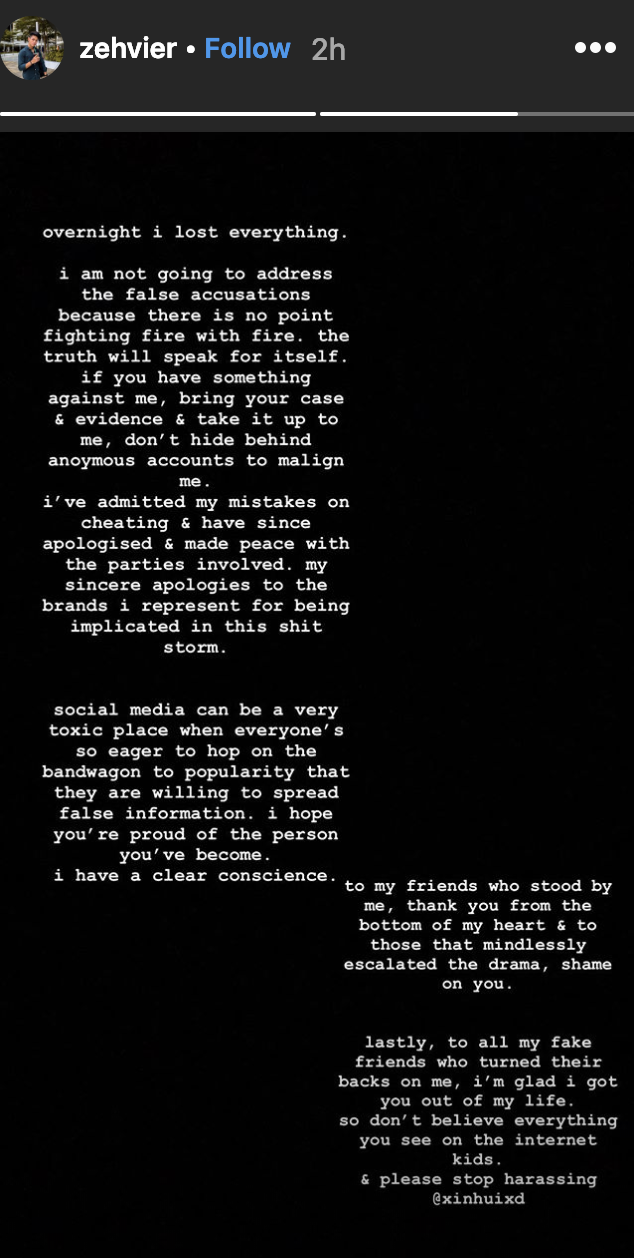