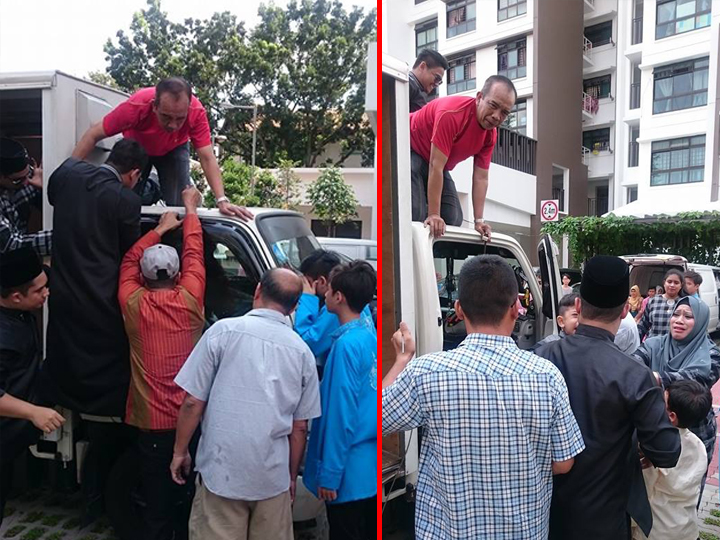 A kid locked himself inside of a lorry and didn’t know how to get out.

A crowd had gathered by the time SWO Hasanuddin arrived to check out what the commotion was about.

Fortunately, the SCDF old hand knew what to do.

Said his son, who goes by the online moniker Fique Fiq:

“So my parents and I were at my sister’s house and we saw a commotion in the carpark. We thought nothing of it. When we left about 10 minutes later however, the crowd from the initial commotion grew significantly and we overheard about a small child accidentally locking himself in the lorry.

My dad, being a fire officer, went over to provide assistance. He didn’t jump in straight away. Rather, he observed from far to assess the situation before coming up with the best solution to tackle the problem without causing too much physical damage to the lorry.

Next thing I knew, he was on top of the lorry, armed with metal bars and other things he could find to pry the door open. With teamwork and effective communication, the young boy was finally freed and returned back to his parents. My dad, the hero.”

The entire rescue took about 15 minutes.

And after that we imagine SWO Hasanuddin walked away into the sunset with two worn out metal bars in hand and a gaping-mouthed crowd going “Abang power la!”