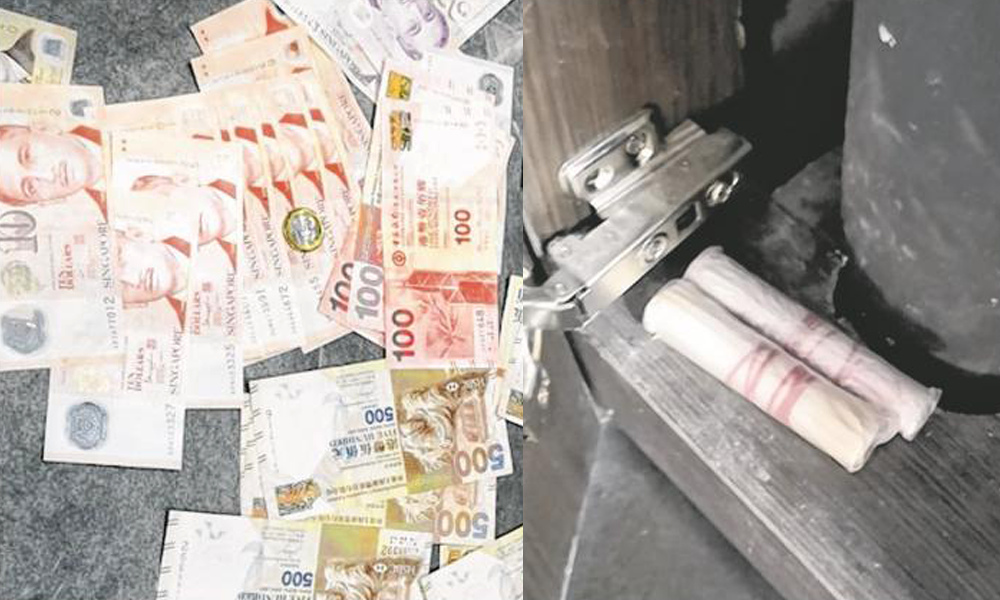 Alone we can do so little, together we can do so much – or rather, steal so much in the case of these 2 Indonesian maids who joined hands in crime.

40-year-old Susiwati was had been hired by a family living in Tampines St 82 for 3 years.

Her contract was due to expire in Jan 2019, and she was supposed to go home to Indonesia after that.

While working together to do the housework, the maids noticed that their employer had put S$8000 in an ang bao and locked it in a drawer of her bedroom.

On Oct 10 2018, during the course of cleaning the bedroom, the maids found the key to the drawer kept in a pouch.

Then, they conspired – they would hide the cash first and Susiwati would bring it home with her to Indonesia then give half to Intan’s family living there.

Unfortunately, their cooperative endeavour fell flat when their employer couldn’t find the money.

As both maids denied taking the cash, she called the police.

Police arrested both maids and carried out investigations.

The stash of money was later found tucked away in a cabinet in the kitchen toilet, with S$100 missing.

Both maids were jailed on Tuesday (19 Mar) for 11 weeks for their thievery.