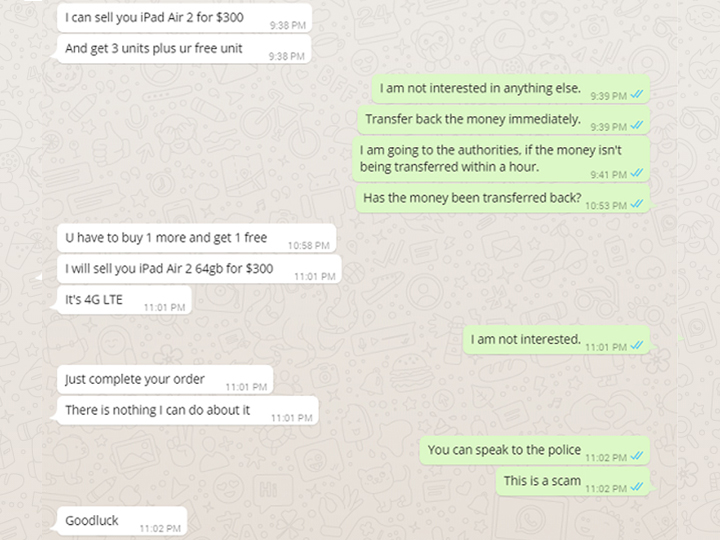 A netizen who tried buying a Google Nexus 5 smartphone from a seller on classified ads portal Gumtree has apparently been cheated of S$300.

After making a bank transfer payment for the phone, the seller kept persisting that he had to buy a second phone too, otherwise the first phone wouldn’t be delivered.

The seller continued to give excuses as to why the purchase of the second phone was necessary, even though the buyer refused the offers.

“I saw this ad in Gumtree advertising for Nexus 5 and iPhone. I emailed the seller and was asked to contact him at his mobile. He proposed $300 for the phone, which sounded reasonable for an old model” 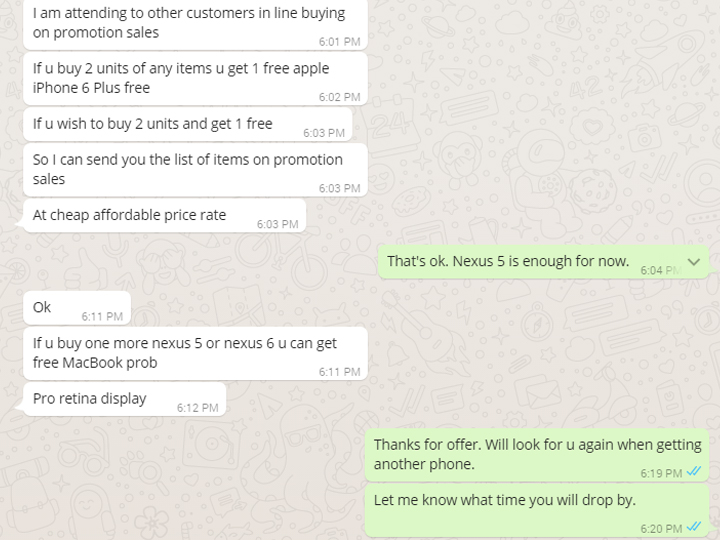 “He asked to transfer to a local POSB account number. After i transferred him the amount. He sent this message.” 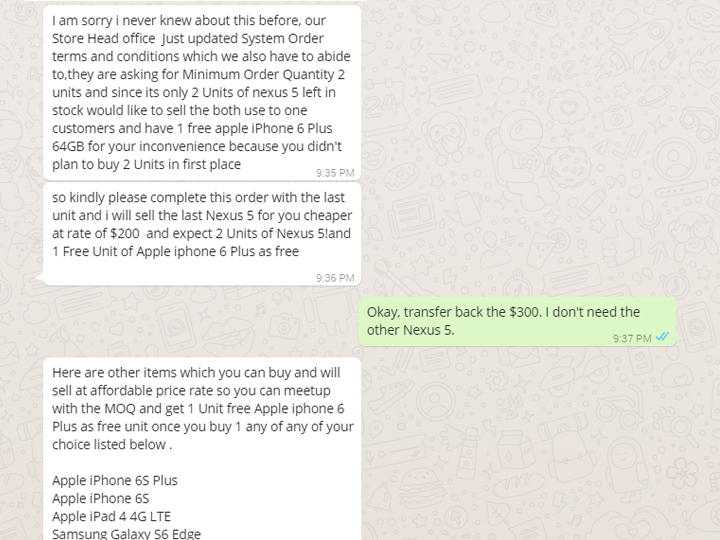 “I knew, I was in trouble after I received this message. After waiting for 2 hours, I tried to call his mobile and whatsapp and couldnt get through. I got his message instead. After the message, managed to get through whatsapp call, and the voice didn’t sound local. It sounded like African. He insisted on me buying another iPhone.” 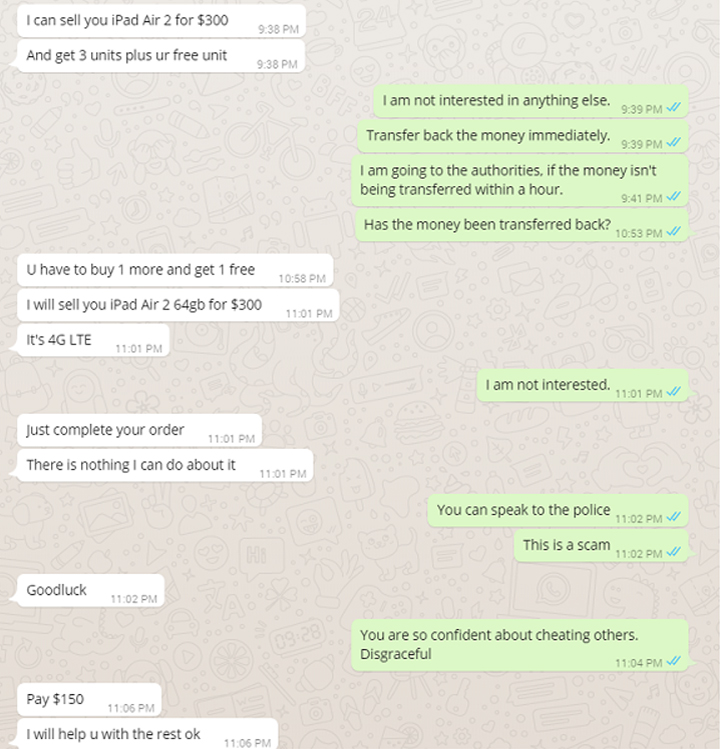