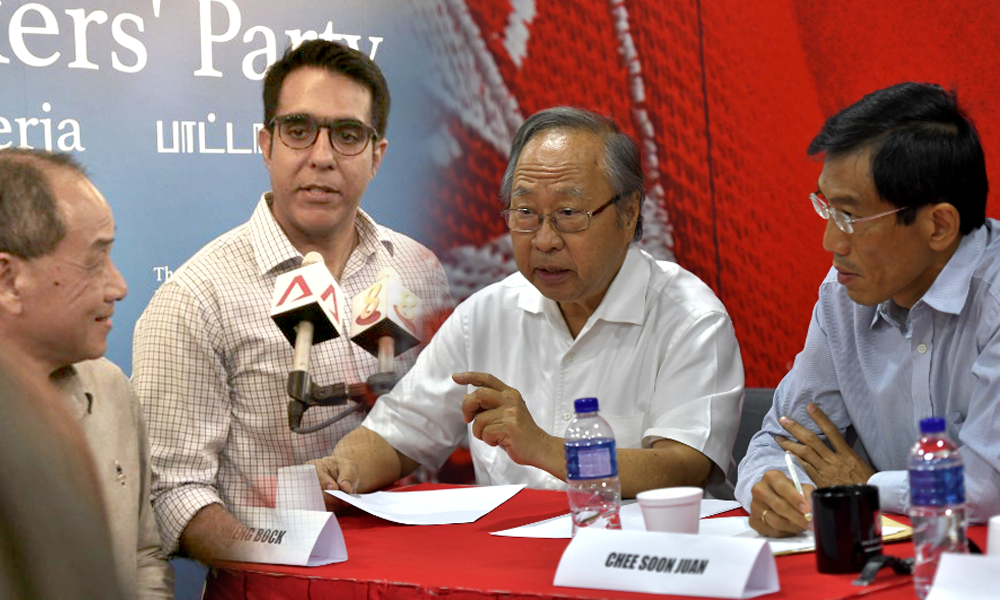 As a result of that, the Workers’ Party has been the only opposition party to meet with some success in the past 3 General Elections (2006 to 2015).

During this time, we saw Chiam See Tong’s popularity dip in Potong Pasir and finally collapse under his wife, Lina Chiam.

Which calls to mind the question of whether like the SPP, the WP will crumble without Low Thia Khiang at the helm.

We mustn’t underestimate the power of Ah Low – just look at the trend after he left Hougang.

Let’s face it, the WP doesn’t have another Yaw Shin Leong – a charismatic Low Thia Khiang-in-the-making who looked set to be the next party leader.

Png Eng Huat could still nick it in Hougang if he can turn the tide – GE2015 was the first time in 4 elections in the SMC that the WP scored less than 60 percent of the vote.

Low might pull a “LKY” (no lah, not suddenly uplorry, but announce that it’ll be his last-ever contest so it’s now or never if you want to vote for him).

That might work in Hougang, but Aljunied residents have shown that they aren’t that welcoming, or forgiving when it comes to the whole AHTC saga.

And with the popular Chen Show Mao kicked aside, there might be signs of divisions within the party that might cause tensions come the next General Election.

On the other hand, the proposed opposition “Pakatan” coalition could win in at least one, if not two GRCs, given the diversity of the team and appeal of different individuals to different crowds.

If, it does get formed.

The WP has so far kept its distance from any opposition coalition, preferring to ride on its own success.

The problem comes when it cannot keep up its own success and still chooses to go it alone.