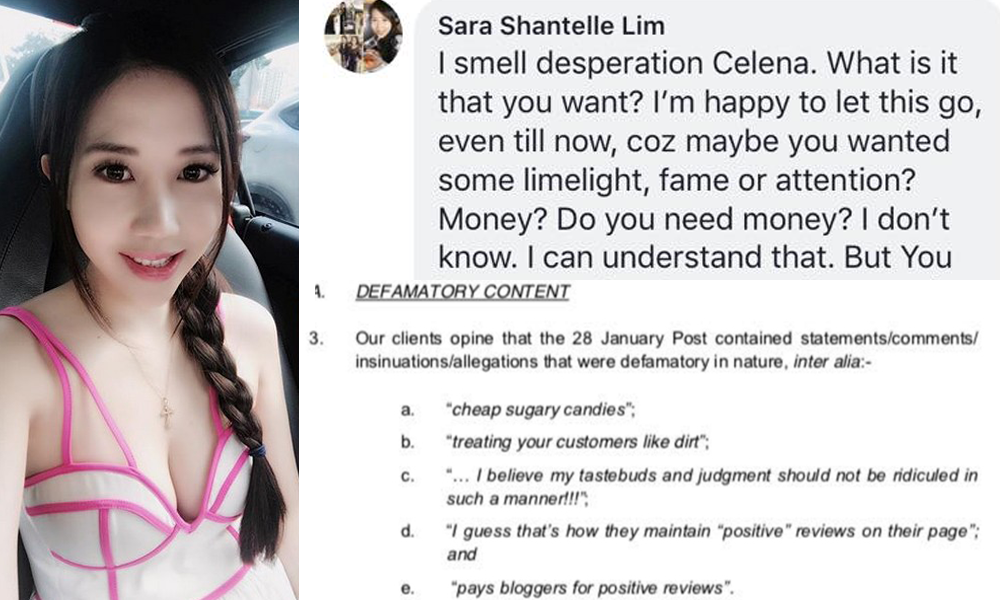 Sara Chantelle Lim, owner of Fantasy Desserts at Orchard Gateway, has sent a lawyer’s letter to a customer who left a lousy review of her store online calling for her to retract her “defamatory” statements.

Lim, more popularly known as the blogger who was called “shameless” for throwing a S$40,000 sponsored birthday party, took offence at the customer for criticising the service of staff at her shop, and the quality of the dessert served. 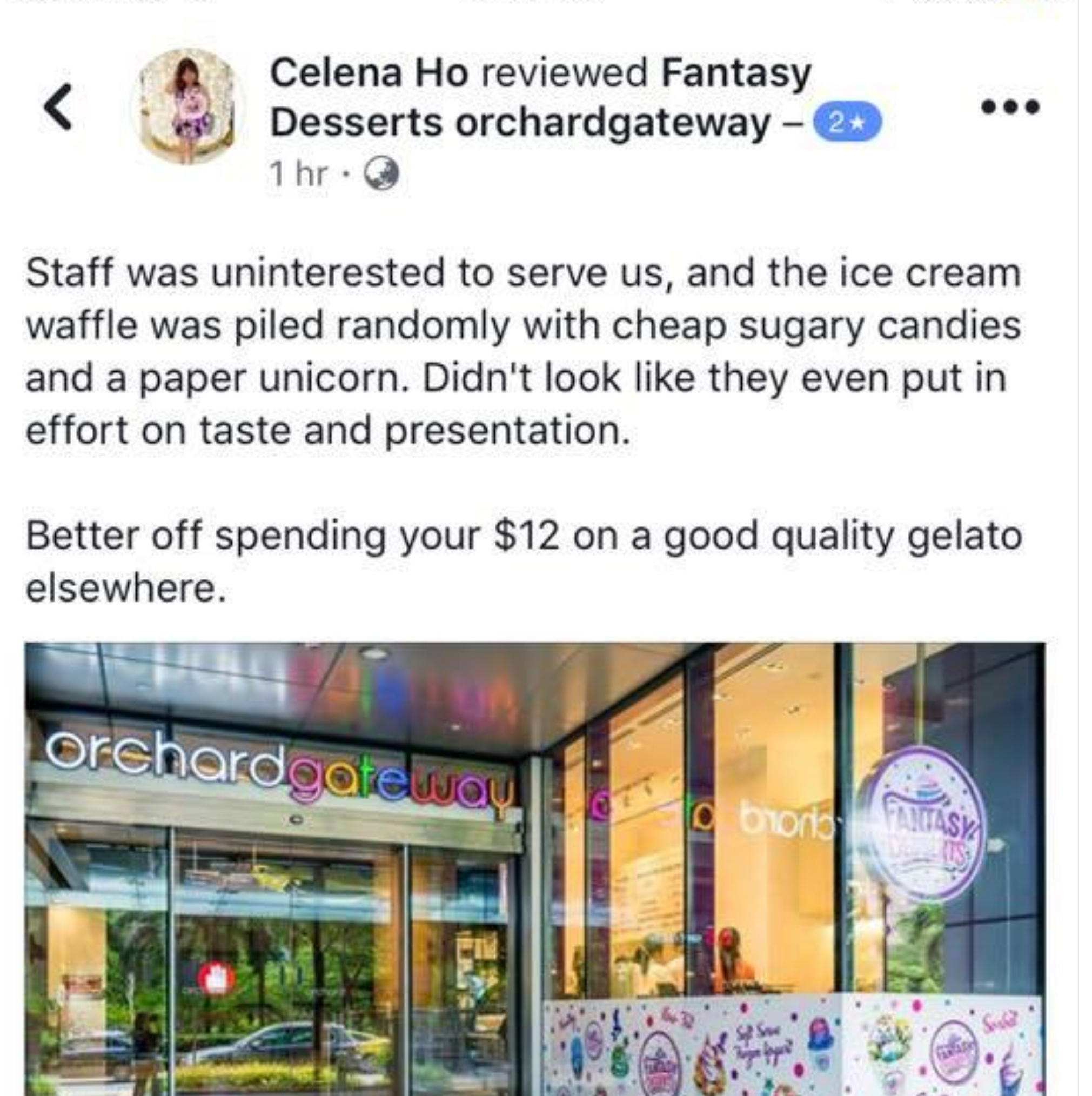 A lawyer’s letter, over one woman’s opinion which Lim called “fake” feedback, about this thing below. 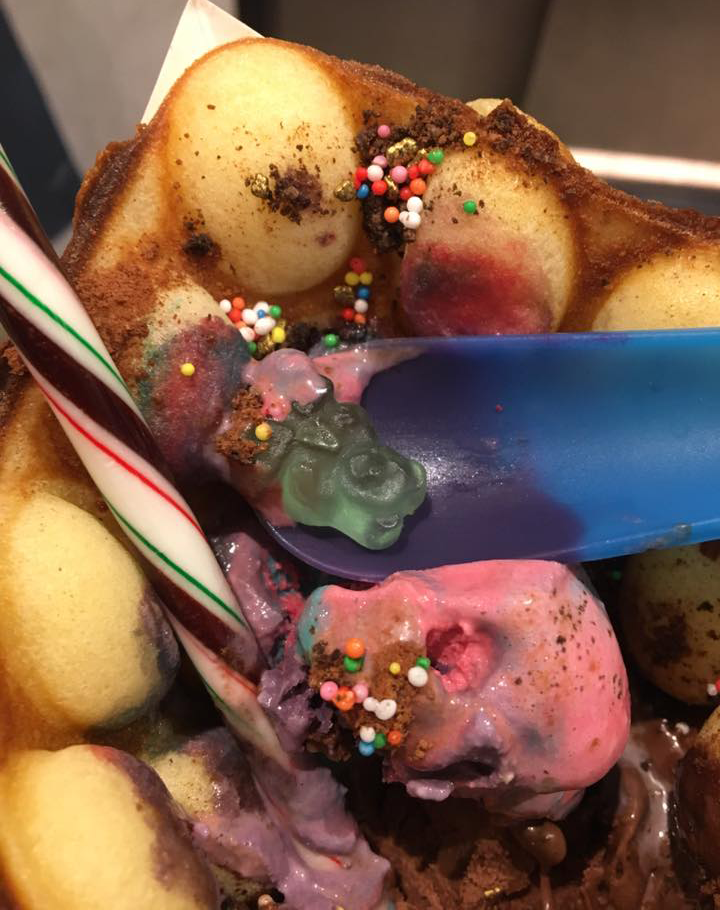 It appears that Lim wasn’t just angry about the bad review: 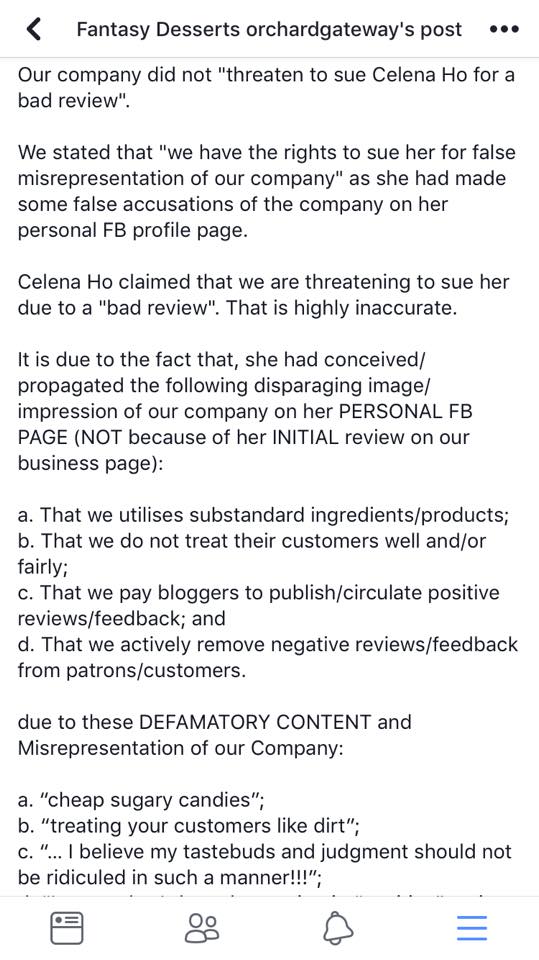 The lead-up to the lawyer’s letter was a similar shambles in public relations management.

The more Ho kept silent, the more Lim harassed her. 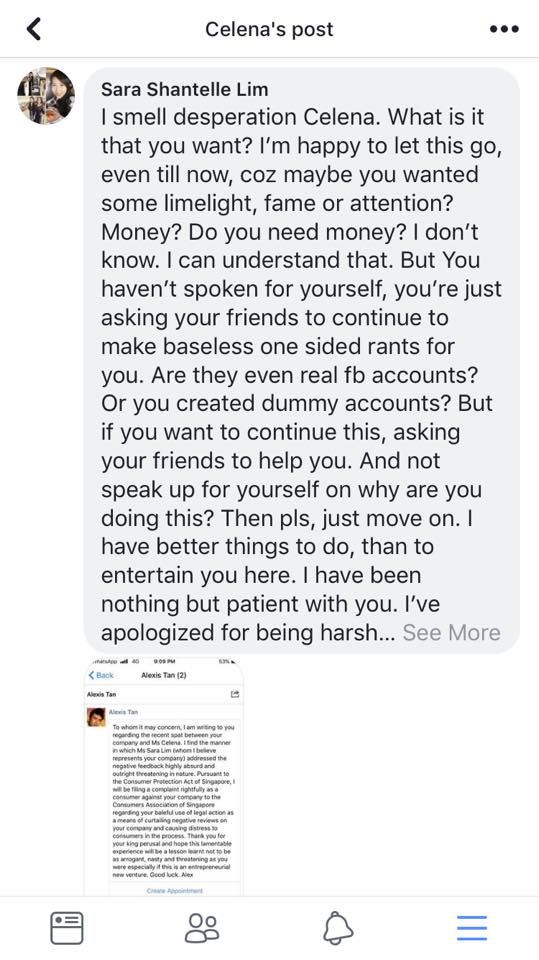 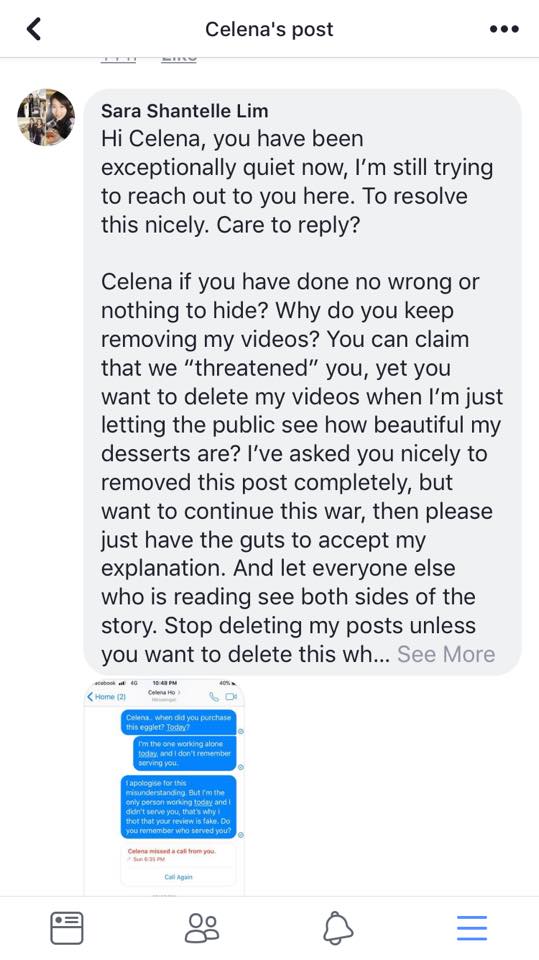 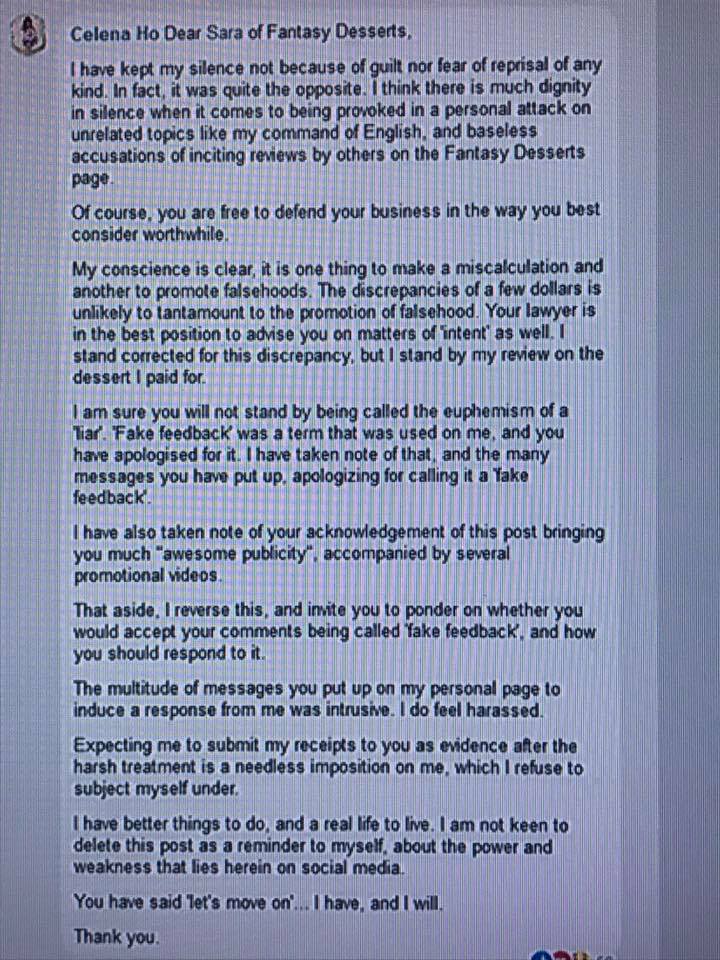 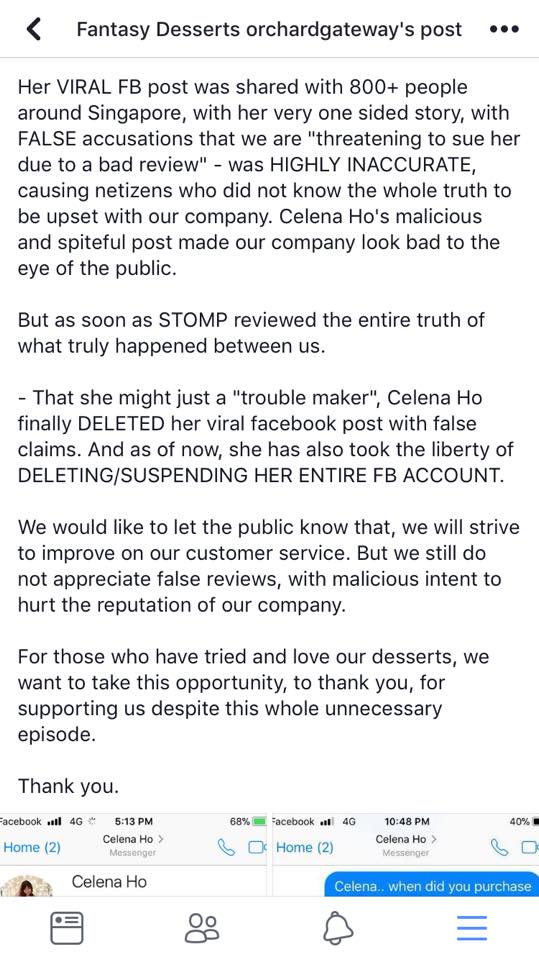 Weren’t dessert stores in Singapore happy places once upon a time?