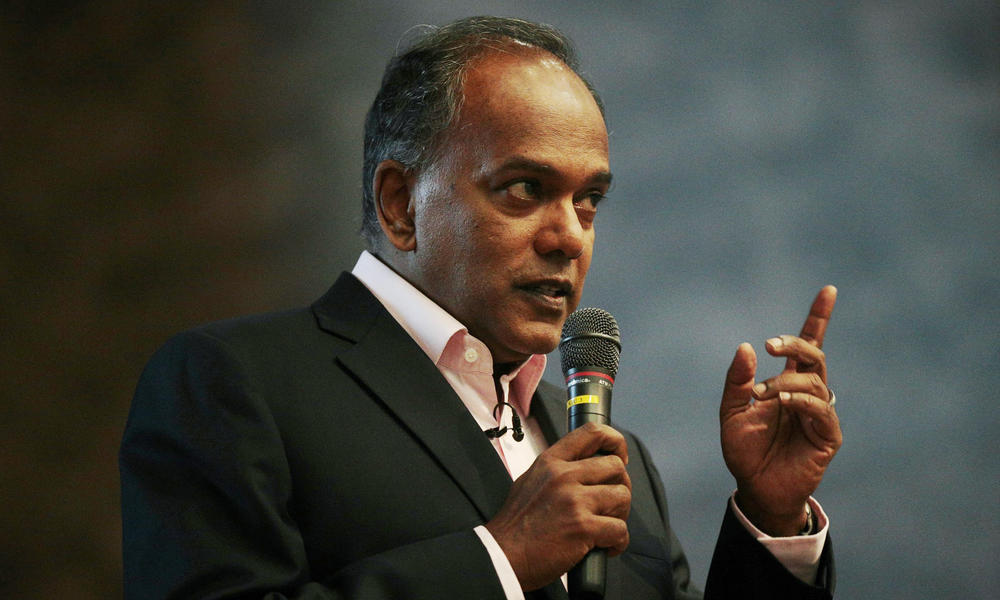 How does one infer from a meeting and a picture that a person is getting foreigners to meddle with Singapore’s politics?

That answer, you’ll have to seek from Law and Home Affairs Minister K Shanmugam.

A day after Seah’s fake news Facebook post (one which he has since apologised for), Mr Shanmugam too issued a statement on Facebook, saying amongst other things:

“Dr Thum puts up a photo of him holding his book on politics in Singapore, shaking hands with the Malaysian Prime Minister, then puts up a forum post saying that he invites Dr Mahathir to take a leading role in promoting democracy, human rights, freedom of speech in South-east Asia. I think it is quite clear what that means.”

“Kirsten Han (one of those who met with Dr Mahathir) then puts a post saying, well, that is for South-east Asia but not Singapore. Where is Singapore if it is not in South-east Asia. Do we need a geography lesson? And we are not saying anything about Dr Mahathir but I think one needs to be careful with these things.”

It’s uncertain exactly what Mr Shanmugam meant, but the insinuation when taken together with Seah’s earlier post is that Singaporean political activists are encouraging foreign intervention in domestic politics.

Mr Shanmugam further cast doubts on the integrity of the opposition SDP, playing up a comment made by a former SDP member Teo Soh Lung who ran for elections under the SDP banner in 2011, saying:

“The SDP obviously wants to completely disassociate itself with Ms Teo’s comments. I think that is understandable because she suggests that we are part of Malaya. And they say she is not a member of SDP. All we know on the record is that she was a (electoral) candidate for SDP… and seems to have been closely associated with the SDP.”

Again, the extent of Mr Shanmugam’s understanding of Teo’s involvement with the SDP is uncertain.

Singaporeans were up in arms over the weekend following the posts by Seah and Mr Shanmugam, with many criticising the group of Singaporeans involved in the Dr Mahathir meeting of being traitors to Singapore.

The extent of punishment for treason in Singapore is the death penalty.

Many have questioned why it is okay for Prime Minister Lee Hsien Loong to meet with Dr Mahathir, but not okay for local political activists to do the same in their personal capacity.

This, despite no details of the meeting that indicated that the group instigated Malaysia to intervene in Singapore politics.
The SDP has called the “wild insinuations” a “clumsy stunt” by a PAP that’s trying to be “cheeky”.

The stunts are reminiscent of the character assassination tactics which PAP members used during the 2015 General Election to cast doubts on the integrity of the SDP.

The PAP has also adopted similar practices in an attempt to cast doubt on the integrity of another opposition party, the Workers’ Party, in parliament.