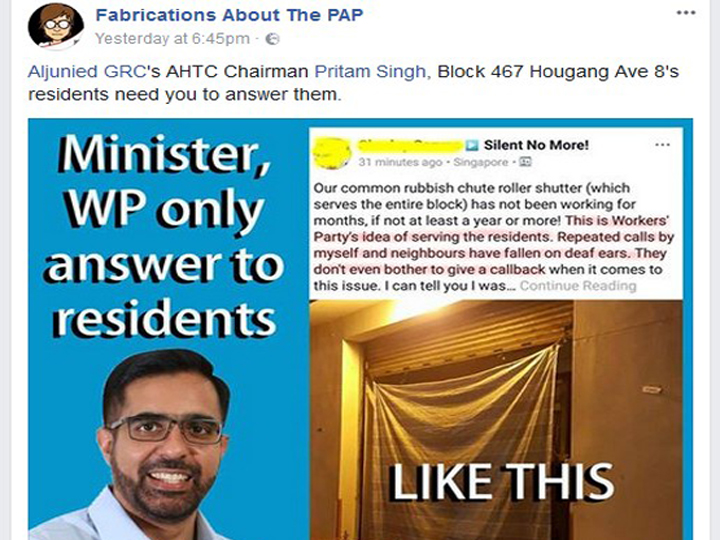 This involves a post (pictured above) which plastered Mr Singh’s image next to an FB post about how a roller shutter had been left damaged for one year in Aljunied-Hougang Town Council.

The assertion that the shutter had been left unattended for at “least a year” and how calls to the town council went unheeded were shown to be a pack of lies.

“I was alerted to a roller-shutter at Blk 467 Hougang Ave 8 that was allegedly left damaged for a year, courtesy of the Fabrications About The PAP Facebook page yesterday. I have made some enquiries with the Estate team at the Aljunied-Hougang Town Council (AHTC) about the matter.

According to the Town Council’s case log, on 10 Oct 2017 at around 5pm, Sembwaste contacted AHTC’s Emergency Maintenance Services Unit (EMSU) to report that the Central Refuse Chute (CRC) roller shutter was faulty and it was not possible for them to collect the waste. The claim made in the original post about the roller shutter being damaged for “at least a year or more” is inaccurate.

On 11 Oct 2017, AHTC’s term contractor inspected the roller shutter and decided to cut the shutter’s curtain to facilitate rubbish collection.

However, there was a delay of about one month before the Town Council and its contractor could agree on the scope of repair works to the roller shutter – e.g. should the entire system or parts of the system be replaced or should repairs be restricted to the identified damaged parts. I have spoken to the Estate team about this unnecessarily long delay. I understand the Estate team wanted to ensure money is not wastefully spent on parts, which do not need to be replaced as the entire system costs a few thousand dollars and that we need to be prudent about spending. Nonetheless, we acknowledge that we can do much better. Last week, the Estate team tasked the assigned contractor to begin fabricating the parts required to get the shutter in working order. The matter will be resolved by next week, but hopefully, a little earlier.

On behalf of the AHTC Estate team, I do apologise for the delay.

I do get feedback about roller-shutter damage and other maintenance matters every so often. Do get in touch with me, or any of the WP Aljunied GRC MPs if you find that the response of the Town Council is too slow in such matters.” 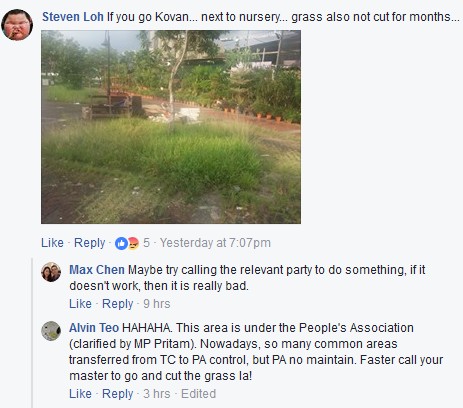 Mr Singh also replied to a comment on the Fabrications about the PAP page, which alleged that a nursery in AHTC where the grass had not been cut “for months”.

It turns out, the nursery comes under the purview of the People’s Association.

“Separately, there was another feedback and picture in the comment thread in the aforesaid ‘Fabrications about the PAP’ post about grass not being cut for months near a site in Kovan in Aljunied GRC. The area in question however comes under the purview of the People’s Association. I have instructed the Town Council to refer this feedback to the PA for their follow up.”

Guess who’s the Chairman of the People’s Association… those who know the answer, kee chiu! 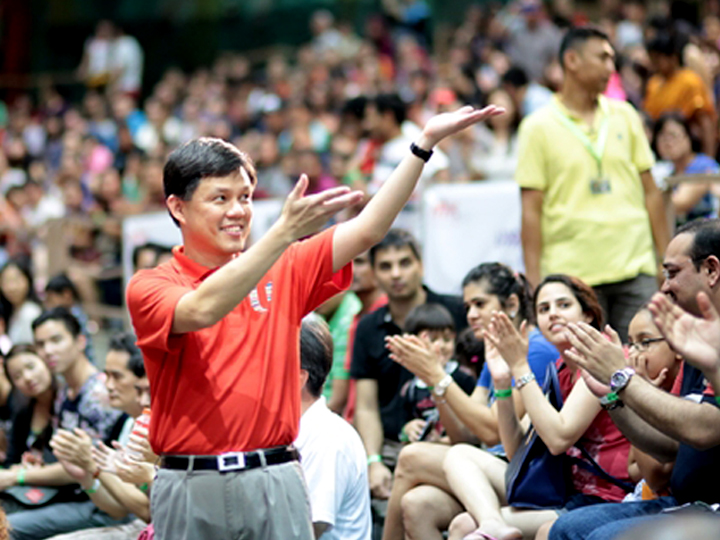 No lah, that’s the Deputy Chairman (you all kee chiu too fast lah) – Prime Minister Lee Hsien Loong is the Chairman of the PA. 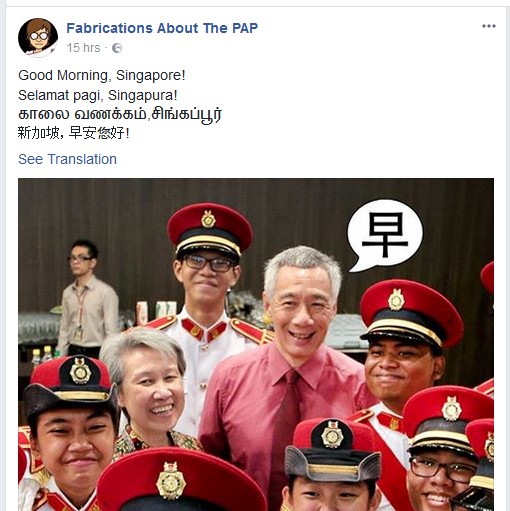 Fabrications about the PAP, at this time, has not removed the fake news from its Facebook page.