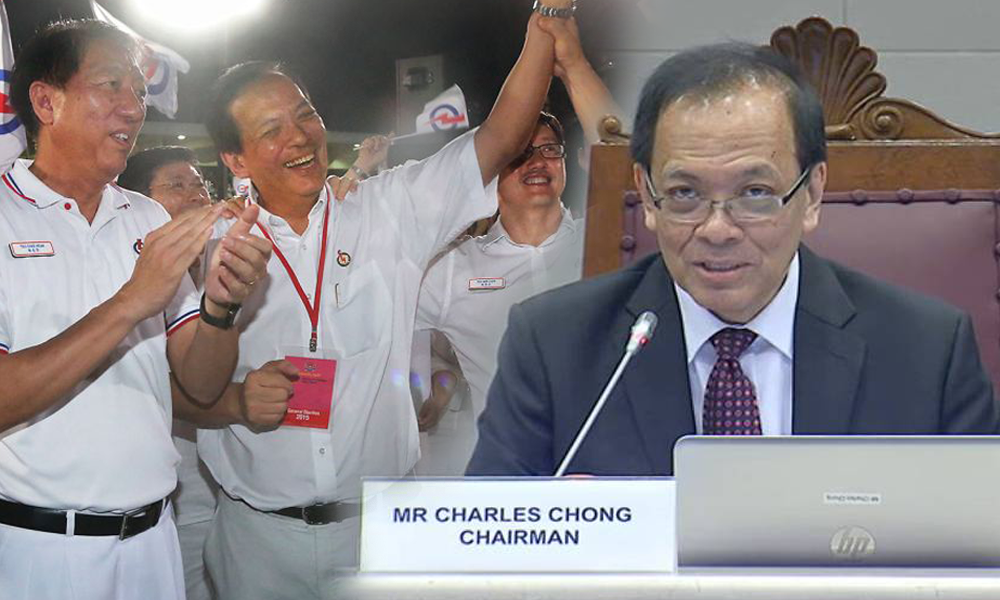 PAP MP Charles Chong, who is accused of spreading offline falsehoods during the last General Election, chaired the first public hearing today on how Singapore should battle online falsehoods.

At the opening of the hearing, Chong said:

“Deliberate online falsehoods are a serious global problem, which many countries, including Singapore, have to grapple with. It is a complex problem, affecting us in many different ways.”

Chong, MP for Punggol-East SMC and current Deputy Speaker of Parliament, notoriously sent out leaflets to Punggol-East residents stating that the Workers’ Party failed to account for S$22.5 million that was transferred from Punggol-East to its town council, AHTC (then “AHPETC).

Chong went on to help the PAP beat the WP in Punggol-East SMC.

Workers’ Party MP for Hougang SMC, Png Eng Huat, said he confronted Chong on the allegation after the GE2015, saying that the WP would want to “return every single cent to PE resident” if there was any money unaccounted for, but was “brushed off” by Chong.

Independent auditor KPMG, in his final report on AHTC funds in 2017, stated that “all audit points and control-related matters identified for resolution by KPMG have been resolved”.

Hence, the question of where Chong pulled that S$22.5 million figure out from.

When questioned by state media reporters, Chong said there was no reliable way to ascertain what happened to the money because the WP had not submitted clean accounts when Punggol East came under AHTC from 2013 to 2015.

He said that WP-run town council’s financial statements were all qualified by their own auditors.

“Consequently, there were no reliable figures to adequately account for the moneys that were transferred to them by Pasir Ris-Punggol Town Council after the by-election in 2013.”

Chong, to date, has not clarified how he came up with the S$22.5 million figure that he claimed went missing during the GE2015 election campaign.

“The final report speaks for itself. We will never solve the mystery of unaccounted $22.5 million now as none of the audited statements from the two town councils and special reports by KPMG and PwC (hired by PRPTC to also look into the accounts of PE after GE2015) could shed any light on the allegation.” 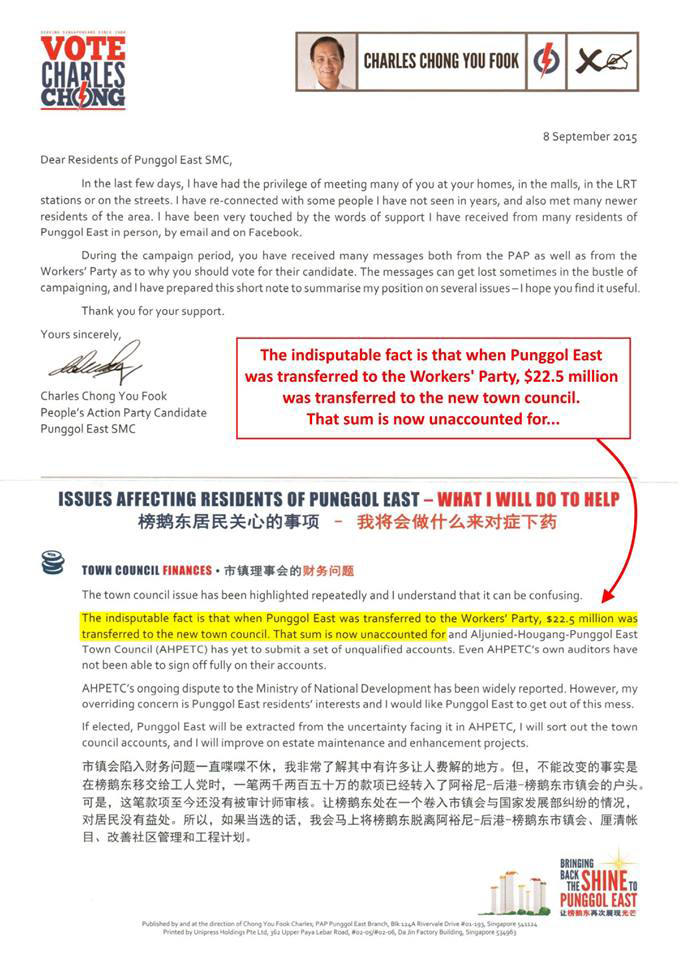 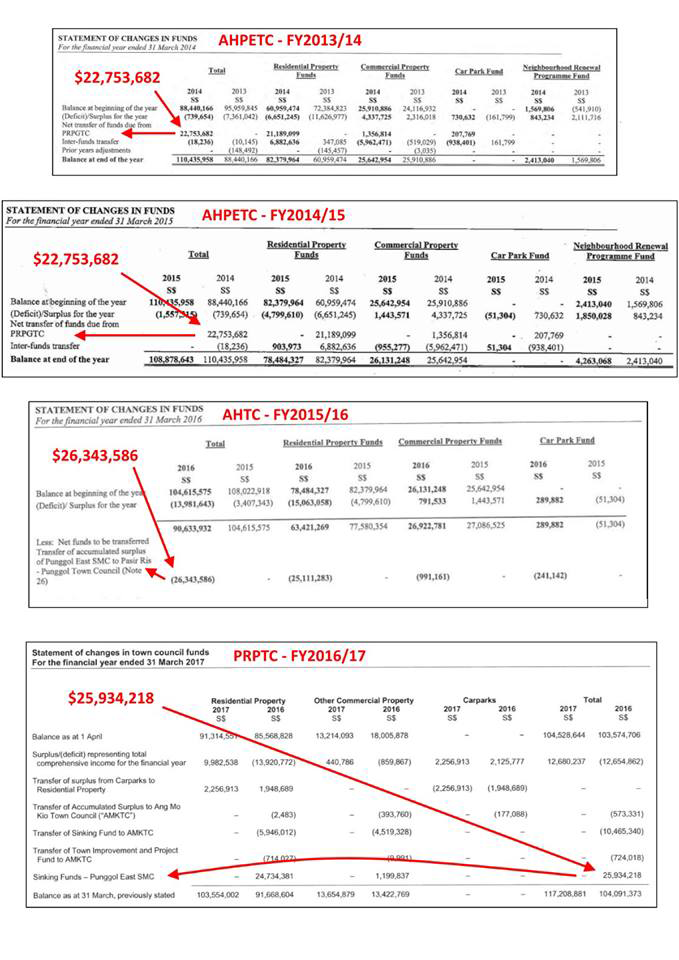