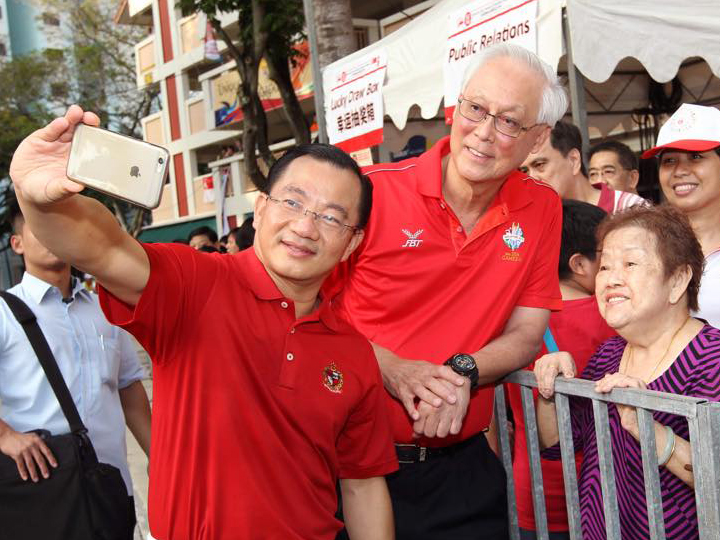 “At my request, party sent Edwin Tong to Marine Parade GRC to be tested for Joo Chiat. This is likely to be the MP GRC team for GE. As for me, A few friends have suggested that I retire as I have done enough for the country. But Marine Parade residents and many others urge me to stay on. They say the country and Marine Parade still need me. Well, I will explain my decision at our ND dinner on 14 Aug. Wish me wisdom. — gct”

Edwin Tong is free to contest in another constituency, after Moulmein-Kallang GRC was dissolved.

At the same time, Ms Tin Pei Ling is expected to mount a one-woman challenge for MacPherson GRC, which has been carved out of Marine Parade GRC.

The Workers’ Party has expressed its interest to contest in Marine Parade GRC, while the National Solidarity Party wants first dibs at the constituency which it contested in General Election 2011.

The opposition talks will resume on Thursday (6 Aug).