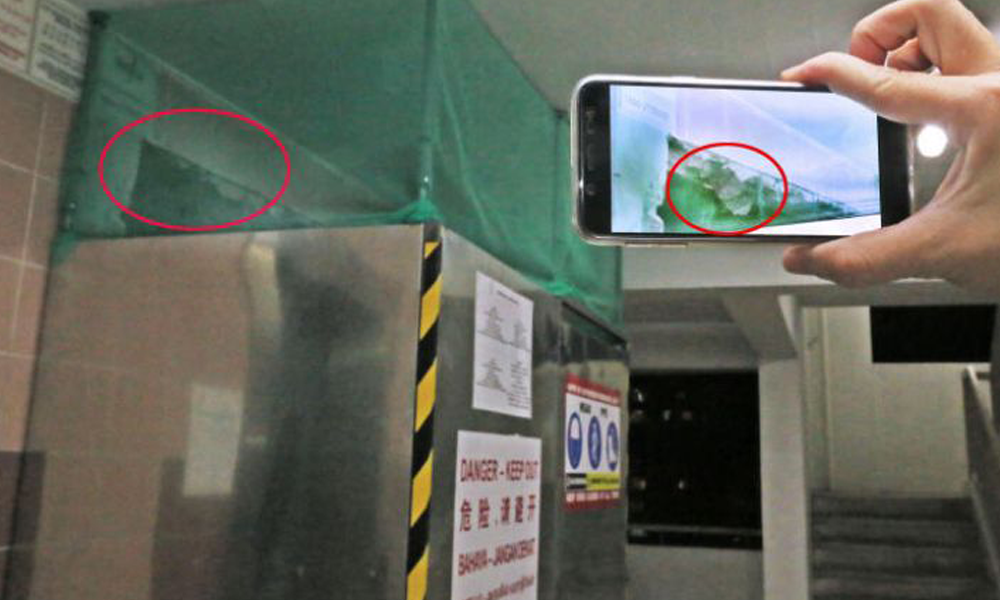 In 2 recent separate incidents, items such as paper wrappers, cardboard and broken tiles were found stuffed in the walls of HDB flats.

At Block 729 Woodlands Circle, a resident saw paper wrappers stuffed in a gap between the metal frame of a lift landing door and the wall on both the 10th and 11th floors of the block.

HDB had responded to the finding, saying that it was likely that the contractor had intended, when the building was first built, to fill a gap caused by “localised misalignment between the beam and lift door jamb” so that tiling work could be carried out.

HDB said that that the method used by the contractor is not an acceptable industry practice, but clarified that it does not affect the structure of the building or operation of the lift.

In a separate incident, a Tampines resident found carboard, broken tiles and electrical wiring stuffed in the walls of her home.

The flat had been undergoing scheduled redevelopment works under the Government’s Home Improvement Programme (HIP).

The HDB says that building contractors are required to follow approved drawings and use only approved materials.

Contractors found not doing so during checks will be required to rectify the situation.