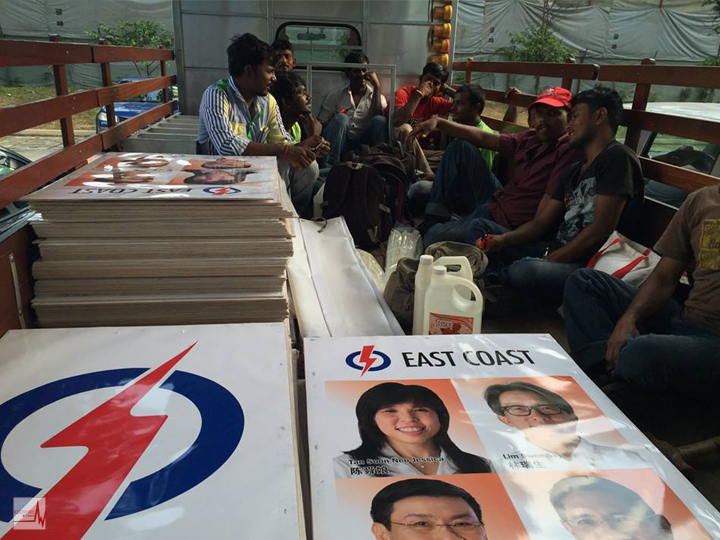 KEV: Spotted this picture showing foreign workers in a van, which wouldn’t seem out of the ordinary except that there was a horde of PAP flyers stacked up together with them. The flyers show the candidates for the PAP’s East Coast GRC team, including Mr Lim Swee Say and Ms Jessica Tan. Doesn’t look like the flyers are headed for the rubbish dump, so I assume the foreign workers are going to be distributing them? Ok lah, or maybe the flyers are just being taken for a ride.

That actually sounds like a good idea if it’s done, because with the Singapore 35 deg C heat, PAP grassroots activists who are too used to air-conditioned offices might peng san (faint) if they walk the ground too much for too long. Like this fella, who was spotted slumped on the grass patch after the Punggol-East by-election in 2013. Maybe the shock of defeat was too much to bear. 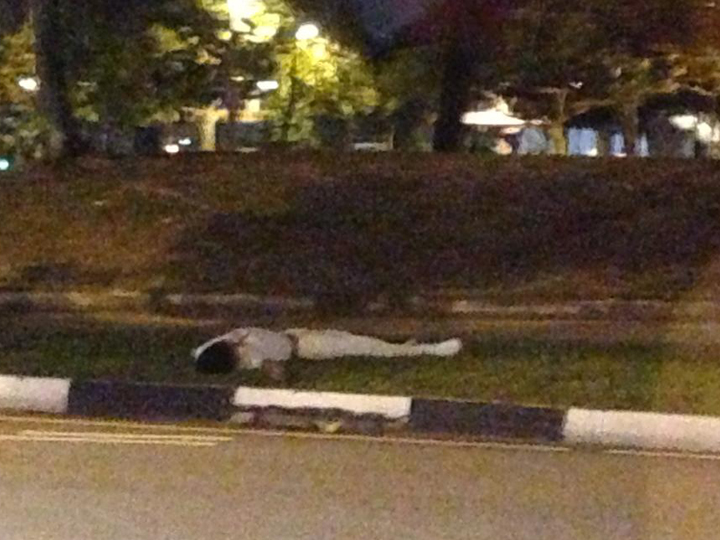 Good luck Mr Lim, especially with the Workers’ Party is coming your way this General Election!

Thanks Kev for this letter.
Send us your letters at mail@redwiretimes.com
Find us on Facebook! https://www.facebook.com/redwire.singapore