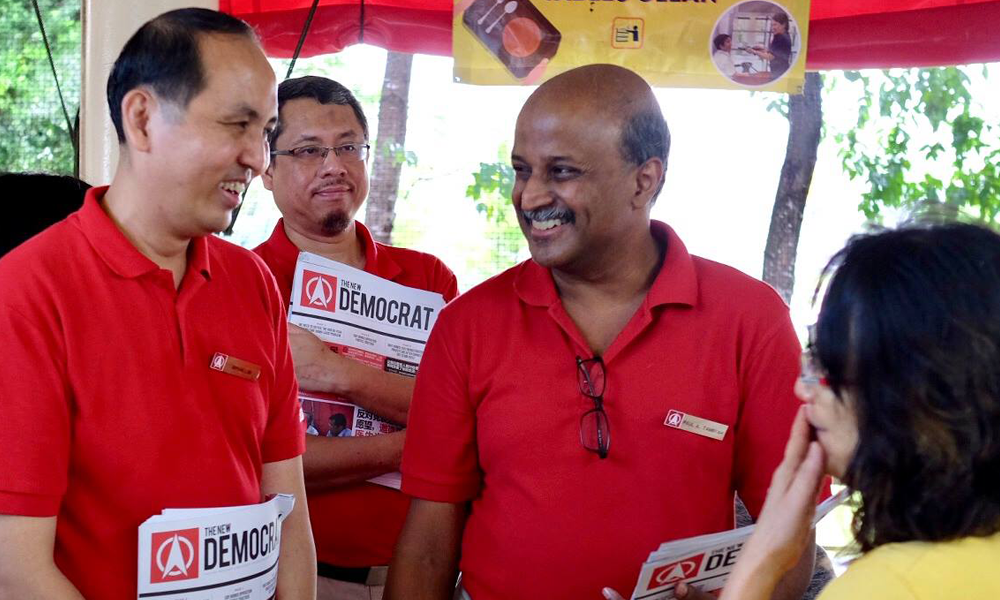 What is the extent of OB markers in Singapore?

And, what do people do to protect themselves from accidentally crossing the invisible line?

One bank manager it seems was so frightened for his career and family that he didn’t dare be publicly seen in a photo with Singapore Democratic Party chairman Paul Tambyah, in case he got “marked”.

Dr Tambyah related the rather humorous anecdote at the SDP’s election campaign launch on Saturday (23 Feb).

“I was a bit early for one of our SDP walkabouts in one of the town centres, and I saw a crowd gathering around the POSB branch. So, I went to see what was going on and found out there was a lucky draw for DBS or POSB cardholders. So, I duly showed my credit card and I won an umbrella.

Just for fun, I asked the SDP photographer to take a photo of me receiving the umbrella from the branch manager. About 10 minutes later, the bank manager came up and asked us to crop him out of the picture. I asked him, ‘why?’ He said to me, ‘you must understand, I have a young family, I cannot afford to be ‘marked’’.

I reassured him that this would not happen. I had been promoted and received tenure after being involved in politics with the SDP, but he would not be convinced so I had to ask the photographer to oblige.

The manager seemed relieved. However, he said as a parting shot, when you guys come into power I’m sure everything is okay, but for now thanks for keeping me out of the picture’.  I felt very sad, not just for him, but for every Singaporean who has felt this way.”

Dr Tambyah went on to explain he wanted to make a change in society, but his many attempts to give feedback to the government went down the drain.

As a result, he decided to join an opposition party.

“The system will not change if it is too deeply entrenched and the cost of change is too high for those in leadership.”

Aside from Dr Tambyah, the SDP has possibly snagged its ace in the deck for the coming General Election, which must be held by 2021 – new member Benjamin Pwee.

Pwee is a former government scholar who served in the elite admin service and subsequently took up key government positions in China.

He later left to join the private sector, starting his own business consultancy firm.

A former Young PAP grassroots member, Pwee later joined the Singapore Progressive Party, before moving on to head his own political party, the Democratic Progressive Party until the recent announcement that he would be joining the SDP.