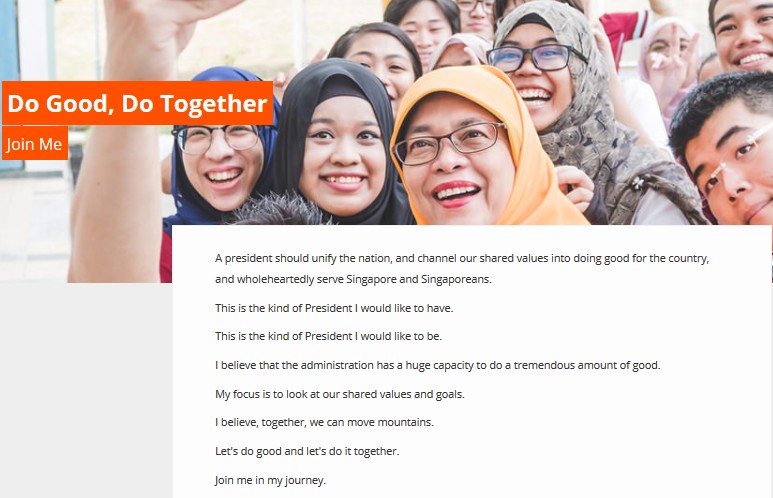 Prospective president Halimah Yacob launched a website last Friday (25 Aug) in which she oulinted the kind of president she would like to be and called on Singaporeans to “join me in my journey”.

Some have taken that as a clear sign that she had broken electoral rules, which state the candidates can only campaign after the close of Nomination Day and before the eve of Polling Day.

The ELD’s website also clearly states that “candidates can only start their election campaigns from the close of nomination, and up to before the eve of Polling Day”.

And, the ELD says that “campaigning activities” are:

“Those that can be reasonably regarded as intending to promote or procure the electoral success of a candidate at an election or to otherwise enhance the candidate’s standing with the electorate for the election.”

But, Mdm Halimah is in the clear.

Said the ELD on the possibility of her breaking the rules

“It is not an offence for a prospective candidate, who has declared himself as seeking nomination as a candidate at an election, to campaign before Nomination Day.” 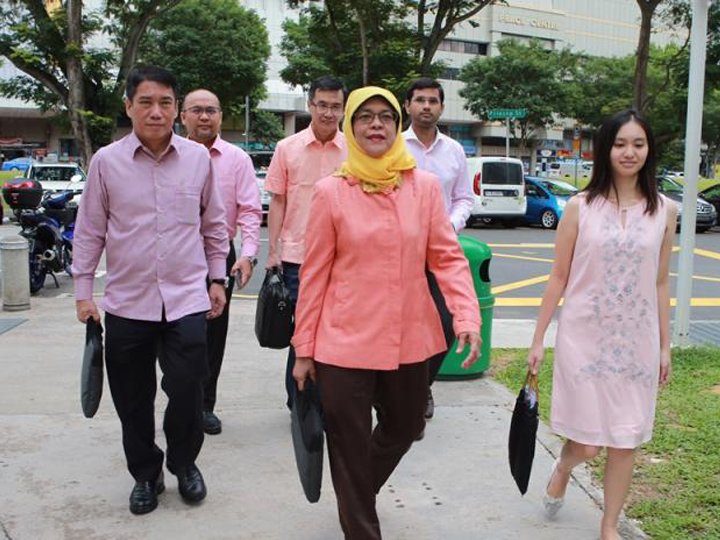 Mdm Halimah is not a candidate – she has not been approved to contest.

The 63-year-old former PAP MP and Speaker of Parliament only submitted her nomination papers today, and will only know on 13 Sept whether she is a “candidate” or whether she has been barred from contesting.

Mr Khan posted a Facebook video on Monday which is aimed at shedding “more light into my road to the Presidency”.