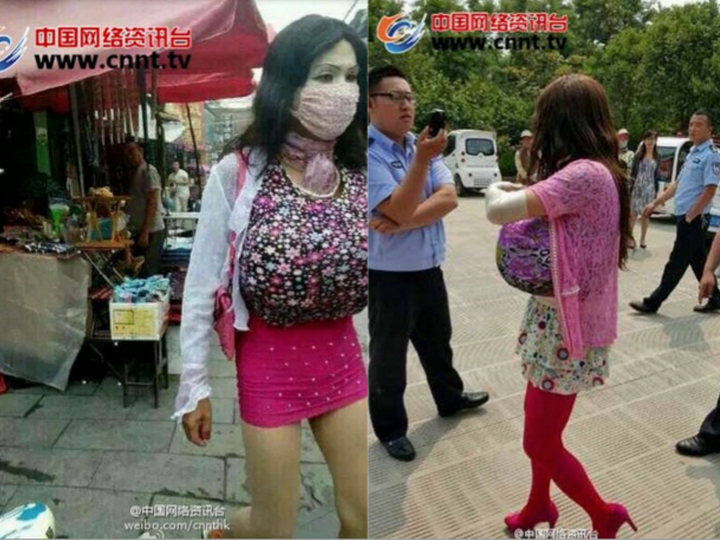 Remember when you parents told you that if you want to do something, do it well?

Well, this Peeping Tom apparently believed that bigger is better.

He dressed up as a woman to spy on women in public toilets on several occasions, in various guises which all involve huge breasts! 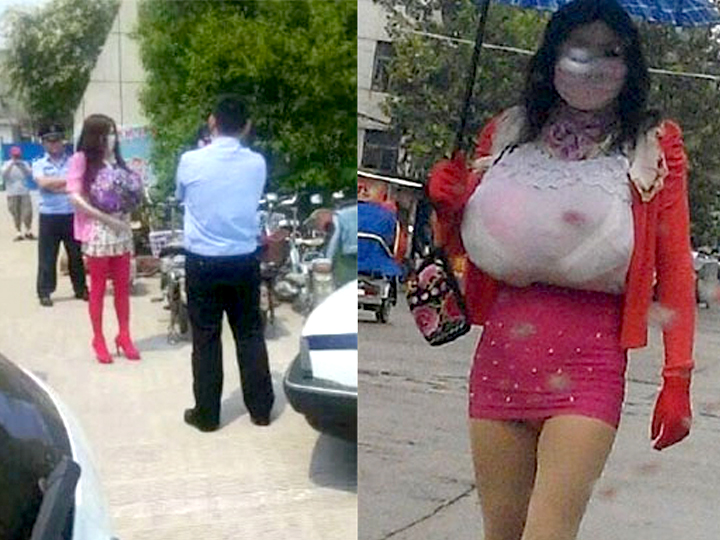 After receiving a report that the peeper was in a library in Tengzhou city, police in China’s Shandong province entered the ladies’ loo and found the suspect in red tights, a miniskirt, high heels, and thick makeup.

And those abnormally huge boobs! (damn, we just can’t get over them)

The Big Peep admitted that he was spying on women in the bathroom.

Women in China have been warned to be careful when using public toilets, because there have been various reports of Peeping Toms in the past couple of years.

Last January,  images of over 50 women using the toilet in Xiamen University were leaked online after being captured by a hidden camera.

Last May, a Hong Kong women’s group reported that perverts were using light bulbs and smoke detectors to hide such spy cameras.