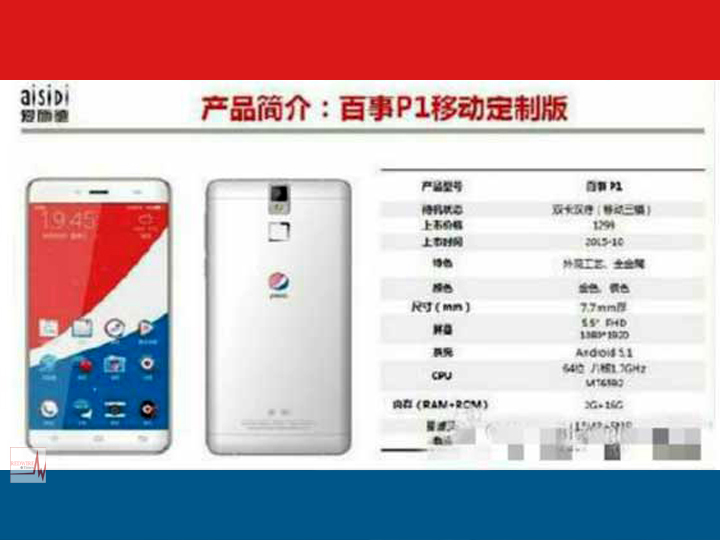 Rumours have been bubbling in the tech world that Pepsi would be launching a smartphone, ever since specs for a supposed “Pepsi P1” were leaked earlier this year.

Now, the giant drink-maker has confirmed that it will be launching a new line of smartphones and accessories in the next few months.

The P1, which will be launched on October 20th in Beijing, is expected to have a full HD screen, and pack a 1.7GHz processor, 2GB of Ram, 16GB of internal storage, and a 3000 milliamp-hour battery.

Added to that, a 13MP camera and 5MP front-camera.

The phone is expected to run on Android 5.1 Lollipop.

But Singapore smartphone aficionados looking to get their hands on Pepsi’s latest toy will have to wait.

For now, Pepsi will only be releasing the phone in China.

“We are pleased to share that Pepsi is working with a licensing partner to bring a line of mobile phones and accessories to market in China in the next few months. Available in China only, this effort is similar to recent globally licensed Pepsi products which include apparel and accessories. Pepsi has always moved at the speed of culture, and today technology is a key cultural pillar at the heart of consumer interaction. ‘Pepsi has no plans to get into the mobile phone manufacturing business, but we are committed to engaging with consumers in innovative ways to grow our brand.”