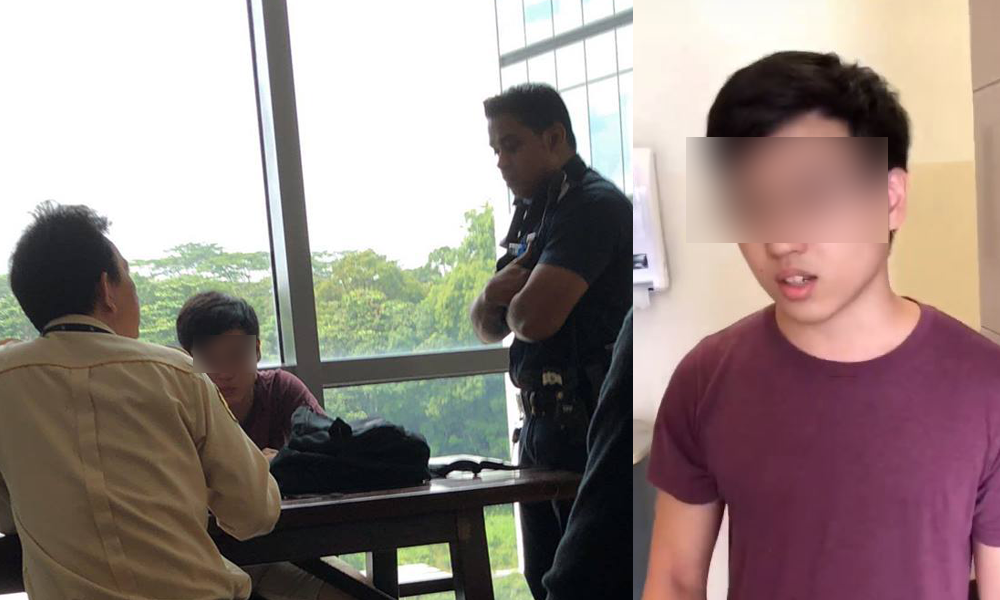 Liyin Lee was using the toilet at the Singapore Management University when she had a premonition that something wasn’t right.

She looked up and saw a hand from the neighbouring toilet cubicle holding up a handphone, with its camera pointed at her.

Lee said she left the cubicle and pretended that nothing was wrong so she could ambush the pervert.

“I immediately left the cubicle and pretended that I had left the toilet while I was actually waiting for him outside with my friend that I texted to come over immediately. He took a while to come out and pretended to flush the toilet twice. When he came out, we questioned why he was in the female toilet and he said he had a stomach ache and went into the wrong toilet accidentally.”

Lee said the man pervert denied that he had done anything wrong, until she called the police.

That’s when the alleged pervert spilled the beans.

The incident took place at around 10.45am, at the SIM Level 4 Block B women’s toilet.

“We asked him where was his class and he said level two. But, we were at level 4. So how did he accidentally go into the female toilet at level 4 while having a stomach ache with his class being at level 2?”