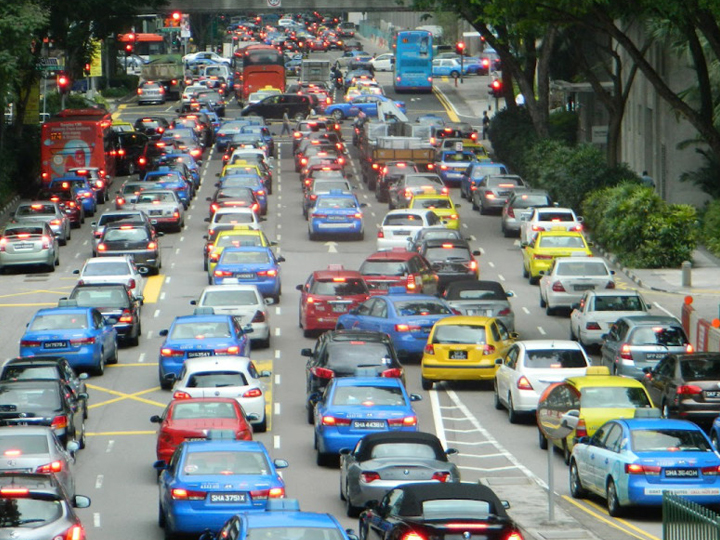 The increase was announced by DPM Tharman during this year’s Budget, and even a sweetener of a 20% road tax rebate hasn’t eased Singaporeans’ unhappiness. Why’s this so?

The average Singapore driver will spend roughly S$288 more per year, after the increase!

At a conservative estimate of S$300 in increased petrol taxes per year, the 620,000 cars will contribute almost $200 million in annual taxes.

(2) Perception that the Gahmen Play Dirty

The general perception is that the government is taking advantage of the current low (relatively low) pump prices to earn itself a tidy sum with the duty hike.

When oil prices dropped by some 50 percent just a couple of months back, we didn’t see petrol companies across Singapore jumping to slash pump prices too.

But when oil prices rose, they were lightning quick jacking up petrol costs.

And we’ve seen how straight after the Budget was announced, petrol companies jacked up prices by 18 and 25 cents, more than the duty hike of 15 and 20 cents. Even CASE stepped in with accusations of profiteering!

It does appear very unfair that to force drivers off the road to ease congestion, all 5 of the above are constantly raised. It appears to be a case of the government wanting to win from every angle!

Also, if you already own a car and have to scale back usage because of increasing costs, it means that the government has just made the utility of your car go down.

Supposing  I paid for the car’s cost, COE, road tax and insurance, expecting to use it for at least 3 week a month. If price hikes cause me to scale back usage to 2 weeks a month, that means I shouldn’t paid more than I should have for the car in the first place!

This year alone, there’s been 5 serious enough train breakdowns which lasted hours and warranted bus bridging services. Even on Chinese New Year’s Eve when many Chinese Singaporeans are rushing home for reunion dinner!

Take taxis? The common complaint is there’s not enough to go around, especially during peak period. Take the test: try booking a cab through phone or mobile app and see if you’ve got any luck. Just try it.

Cycle, then? You’d be risking your lives on our roads, especially during rush hour. And bicycle lanes are still on the drawing board, and expected to come to fruition only in 2030.

After all the increases to COE and ERP, with the express intention of curbing car usage, have we seen any fall in traffic congestion? Or has it become worse over the years?

Now imagine a 6.9million population in Singapore in 2020.

Scary? Pretty much. Hike after hike clearly will not do the trick, besides earning more revenue for the government’s coffers.

And, it’s starting to look like a lazy man’s way of dealing with a complex congestion issue.

It’s time for the government to stop flogging a dead horse and try pulling another rabbit out of the hat instead.