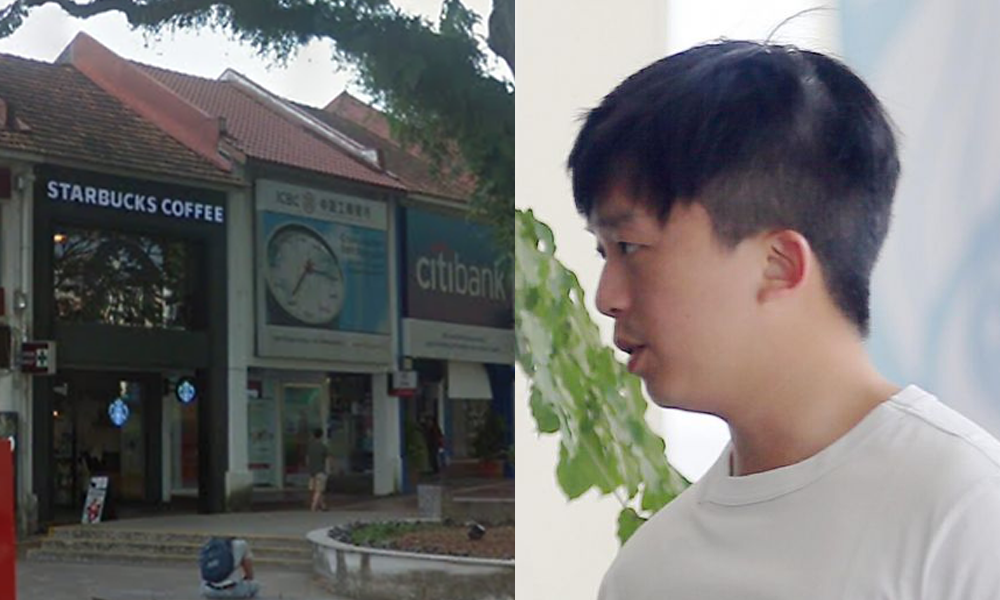 This digital marketing specialist was one picky voyeur when choosing his victims.

Clarence Tang Jia Ming, who installed spy cameras to record women using the toilet of a Holland Village Starbucks outlet, would delete videos of victims who looked to be over 25 years old.

The toilet pervert also pleaded guilty to one count of possessing 2103 obscene films for the purpose of distribution.

Between 2014 and 2016, Tan installed a spy camera shaped like a metal hook in the unisex toilet of the Holland Village Starbucks outlet and recorded multiple videos of unsuspecting women.

He also installed the device in his Loyang Rise home to film his female friend showeing.

Tang, who got to know customer service officer Ong Yi Jie on a sex-themed website, later taught Ong how to film women using the toilet to get the “best viewing angles” and even gave him a hook spy camera.

“The videos captured by the hook cam were also in colour, and of very high quality and resolution. Numerous videos filmed by the accused captured various victims in their school uniform, school attire or organisational attire.”

“Should his videos capture males, or females who looked older than 25 years old, the accused would delete those videos.”

Tang was part of a group who shared voyeur videos of women using public toilets and changing rooms.

Tang is now out on bail of S$15,000 and the pre-trial conference for his case will be held on Sept 4.