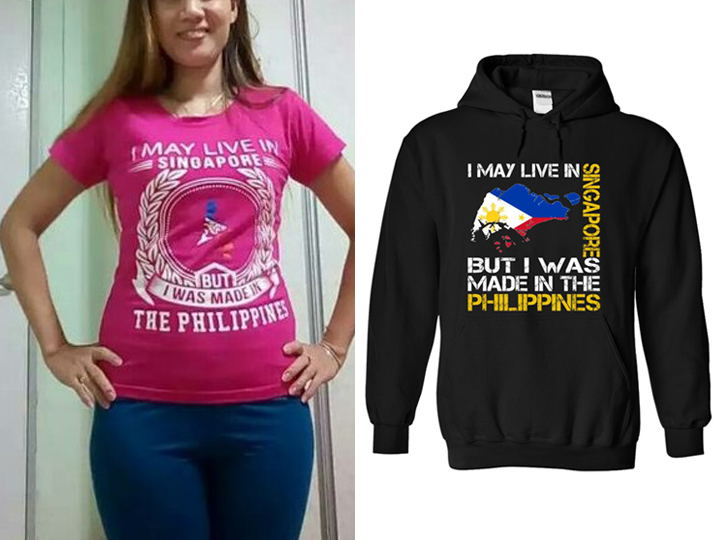 “I May Live in Singapore, But I was made in the Philippines”.

That’s the slogan emblazoned on a series of shirts and hoodies produced by American apparel company, Sunfrog.

At about S$30 for a t-shirt and S$50 for a hoodie, the clothes are gaining traction with Filipinos living here.

“They’re cheeky and interesting.  I haven’t seen any wearing such a shirt before, so if I were to wear it out it would be interesting to see how the others react.” 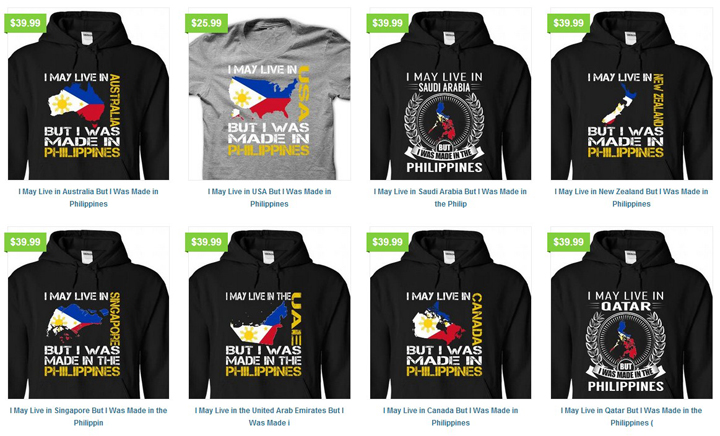 We spoke to some Filipinos living here, and they said they found the shirts appealing and would wear them (not the hoodies though, because it’s “very, very hot” in Singapore.)

Some appear to be kitting up, in preparation for the Philippines’ Independence Day on 12 June.

22-year-old Anabel says it would be good for Day of Freedom (Independence Day) celebrations:

“We’ve parties to celebrate with others in the Filipino community. It’s our way of supporting each other, those who are working overseas without family. Wearing the t-shirts to these parties would be fun.”

The shirts started becoming popular at the tail of 2015.

Some Filipinos here were already asking for more information on how to order the shirts from Sunfrog. 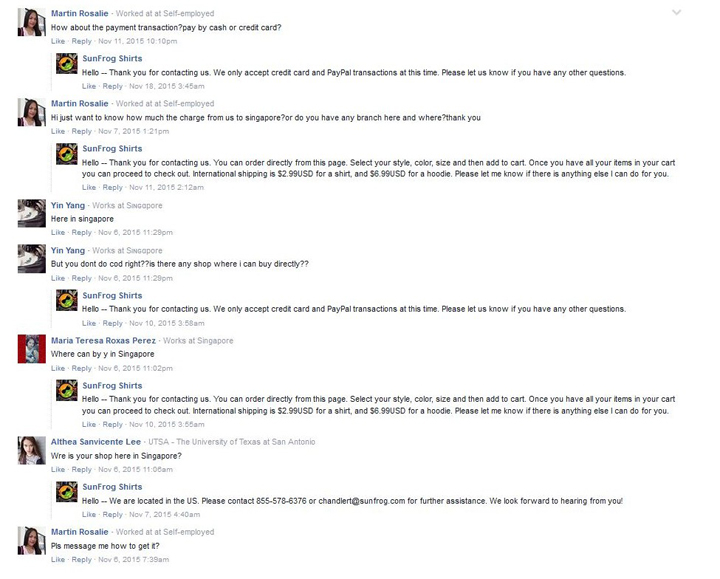 Singaporeans appear to be averse to public displays of nationalism from foreigners.

In 2014, the Pilipino Independence Day Council Singapore cancelled its plans to hold a celebration in Orchard Rd, citing the unavailability of equivalent suitable venues, following strong objection online from locals.

When asked if she thought wearing a “Made in the Philippines” shirt in Singapore would be “insensitive”, 31-year-old Catherine said:

“We are proud of our country. We are not trying to offend anybody on purpose. Some people might take offence because they think we are being too proud or boastful, but whatever you do, you cannot make everybody happy all of the time.”

Singaporeans appear to be more receptive towards their foreign counterparts’ displays of patriotism today.

“I think it’s harmless. Even Singaporeans do the same during our own NDP celebrations.”

But some, such as logistics manager Mr Daniel Ong have expressed concern at social integration issues.

“They should appreciate that they have the chance to work in Singapore and they should fit into our culture. This just shows that these people just want to earn our money and scram.”