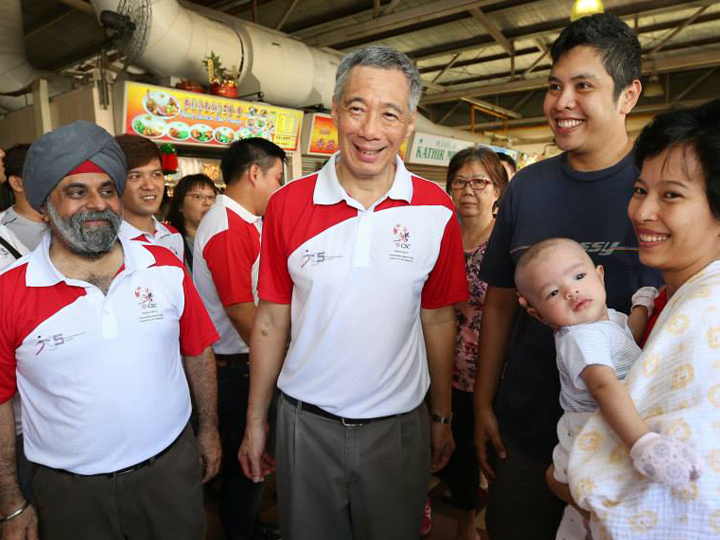 The next General Elections must be called by Januray 2017.

And in an interview with Mandarin radio station Capital 95.8FM yesterday (19 May), Prime Minister Lee Hsien Loong appeared to suggest that the polls might come much sooner rather than later.

When quizzed about when the GE might be held, PM Lee replied with a pregnancy analogy.

He said that the timing of the GE isn’t like giving birth – there’s some predictability when the baby will be born.

But, PM Lee added that “the baby has already been conceived earlier on”, when probed further.

PM Lee then went flitted to the topic of leadership renewal.

He said that this is an important issue, and a reason that Singaporeans mustn’t take the elections lightly.

Responding to whether new leaders will be introduced at the coming polls, PM Lee said that half of these leaders have already been introduced during GE 2011.

He said the next elections will yield more potential candidates for ministerial positions.

Asked if a new batch of leaders will be introduced at the coming polls, Mr Lee said about half of these leaders have been introduced in the 2011 GE. More potential candidates for ministerial positions will be among the newcomers introduced at the next elections, he added.

Mr Lee also noted how the times have changed and Singapore can no longer be ruled under a “parenting-style” leadership. Instead, Singaporeans should be involved and discuss national issues, he said.

PM Lee’s remarks come after research companies indicated a bigger winning margin for the PAP come the next elections.