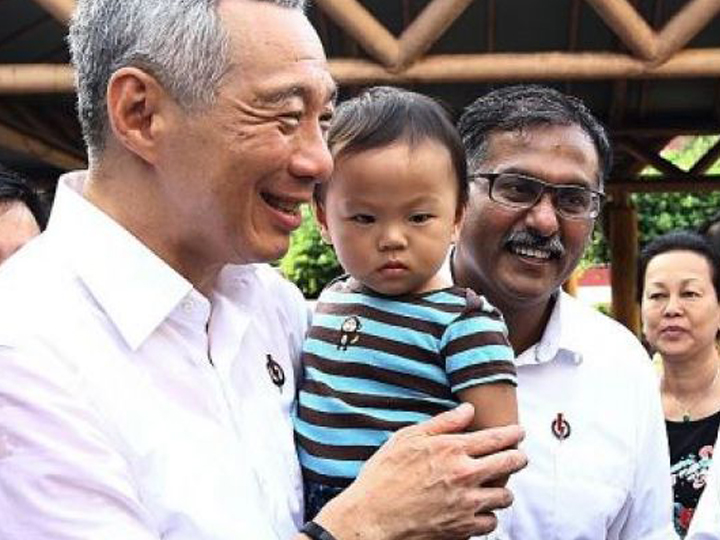 RONALD LEE: Prime Minister Lee Hsien Loong has fired away at Dr Chee, accusing him of not removing comments on his Facebook page which promote voting for a Chinese election candidate over an Indian one based on racial preference.

Speaking to Channel NewsAsia during a walkabout in Bukit Batok yesterday, he said that he heard “rumours” that people are saying “Just vote for the Chinese, that’s good,” and that’s not a good thing.

But is the Prime Minister doing this to take the heat off the PAP and former Bukit Batok MP David Ong’s hands-up-the-wrong-skirt extra-marital affair?

After all, Ong came under heavy fire from SDP speakers at the first Bukit Batok rally, and by association, his actions make the PAP look bad.

Very bad, since it’s the second time PM Lee has had to deal with a naughty PAP lad getting exposed (the first being Michael Palmer).

That’s the PAP’s real disadvantage, the affairs, and not race.

If PM Lee believes that we’ve truly built a multiracial Singapore in the last 50 years, where citizens pledge to be united regardless or race or religion, why then does he need to remind voters about not simply voting for kaki lang?

Does he not have confidence that Singaporeans can see past that already, and that it’s only a tiny minority who are still harping on the skin colour divide?

Or is PM Lee playing a little mind game here to make Chinese Bukit Batok residents think that “I’m not a racist, and I’ve to show with my vote that I’m not a racist.”

If so, it would be a pretty sly move.

Adding to that, he manages to attack the character of Dr Chee again, by associating him with some Facebook commenters who apparently still aren’t colour-blind.

It’s a long stretch, trying to drag Chee into this – kind of like blaming Goh Chok Tong for his wife describing S$600,000 as “peanuts”.

I find it disappointing that the PM now stoops to the point of taking on a handful of faceless and nameless social media trolls, especially on such a sensitive issue.

It’s petty politics, and I do believe our PM can be a bigger man than that.

We, as citizens too, are bigger than the difference in our skin colour.

Just ask Jurong GRC’s anchor minister, Tharman, if race was an issue in his close to 80 percent win in the constituency.

Here’s the transcript of PM Lee’s comments on the racial divide:

“I remember when I was first fielded – 1984, in Teck Ghee – next door to me in Chong Boon was Chandra Das, and he was already a sitting MP contesting against a Chinese candidate. And the opposition was going from door to door, and the message was simple: They didn’t say ‘vote for me’, they didn’t say ‘the other chap is no good’. They just asked, has that Indian man come yet? And everybody knew what it meant – there was a special UHF signal there, so you say one thing (but) what you mean is another thing.

And I think when Murali is here, I see online some comments making this point about race in a quite open way. I hear some rumours going around within the constituency that people say, ‘Just vote for the Chinese, that’s good’. I think that is completely wrong and bad.

I see also on Chee Soon Juan’s webpage, his postings and then there are comments, and there are some comments which are along this vein too, and they have not been refuted or taken down.

So I have no doubt that somewhere along the way, when pressures heat up, people will feel that well, maybe this is one way you can use race to your advantage. I think it is wrong, and I think given Mr Murali has shown in Paya Lebar that even despite his being Indian and not Chinese, he’s able to connect, he’s able to serve voters, he’s able to win their confidence and win their votes. But in Paya Lebar, he had three years, he got to know them, they got to know him, and in the end, in the General Election, if Paya Lebar had been a Single (Member) Constituency, Murali would be the MP now. But it was a GRC, so overall, we missed winning by a very narrow bit.”