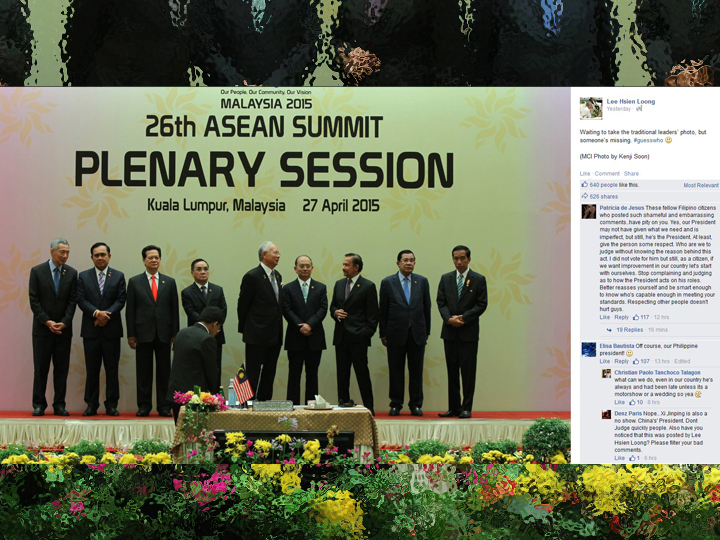 It was a picture that was meant to be tongue-in-cheek, but it has elicited a uproar of comments by Filipinos attacking their own president, Benigno Aquino.

Many Filipinos were quick to condemn the “late” president’s supposed tardiness, while a handful weren’t too pleased with PM Lee for poking fun at Mr Aquino on a public platform.

PM Lee has been active on social media in a bid to engage more with the online community, and has other light-hearted #guesswho pictures in the past. 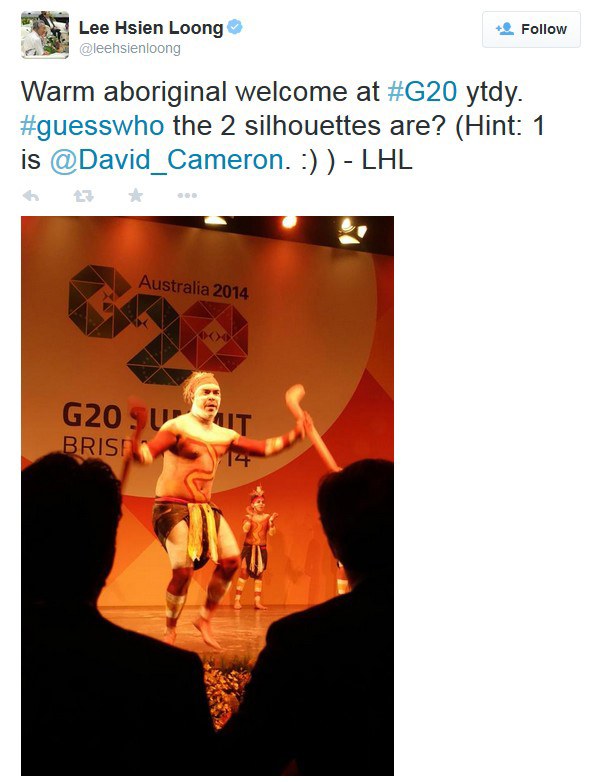