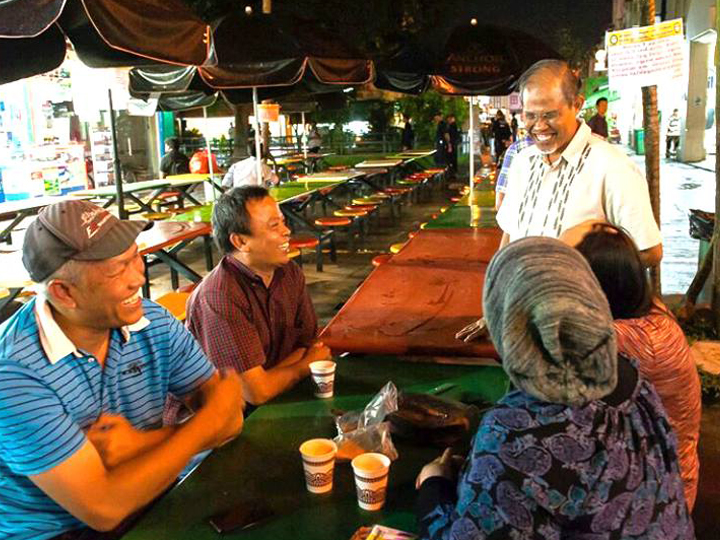 Masagos Zulkifli is promoted to full minister in the PMO. There is no doubt that this is a promotion. Then there were a few changes with Lui Tuck Yew taking up a second appointment as Second Minister for Defence. This must be a promotion I supposed, for a job well done as Transport Minister. The perceived future PM Chan Chun Sing is moving to NTUC as Minister without Portfolio in the PMO. Not sure what does this mean, a promotion, demotion or lateral transfer.

His Social and Family ministry is to be taken over by the Chuan Jin, the Minister of Manpower. Is Chuan Jin being given a lighter job after sweating it out in the hot MOM for 3 years, presumably MSF is more social and about family matters, about carrying and kissing babies. What is surprising is for Lim Swee Say to move to MOM, a full ministry after being Minister without Portfolio and doing very well there. He has made many indications to step down and this appointment does not seem like he is stepping down.

Political observers and analysts would be scratching their heads trying to make meanings out of this shift when election is just around the corner. Do the changes indicate anything about the GE? The promotion of Masagos is clearly perceived as pandering for the Malay votes. What is the story of giving Lui Tuck Yew the Second Minister appointment? Grooming him for bigger responsibilities because he did a damn good job in transport?

What about Chan Chun Sing’s move to NTUC, a plan to expose him to the ground to get to know the biggest workers movement to prepare him for the PM’s post? The puzzling move is for Chuan Jin to take over the MSF, a relatively light weight ministry unless this is the seat for the grooming of future PMs like Chun Sing, following the path of Chun Sing as the next in line. Just watch if Chuan Jin would subsequently take over the NTUC position as the career development path of a future PM to be.

Anyone could see a bigger and clearer picture of what this is all about? One thing for sure, salary increases and higher cost of govt. It is so shiok to promote more ministers to make them happy using OPM. How many ministers are in the PMO?

This commentary was written by Chua Chin Leng and first published on My Singapore News.
Send us your commentaries at mail@redwiretimes.com