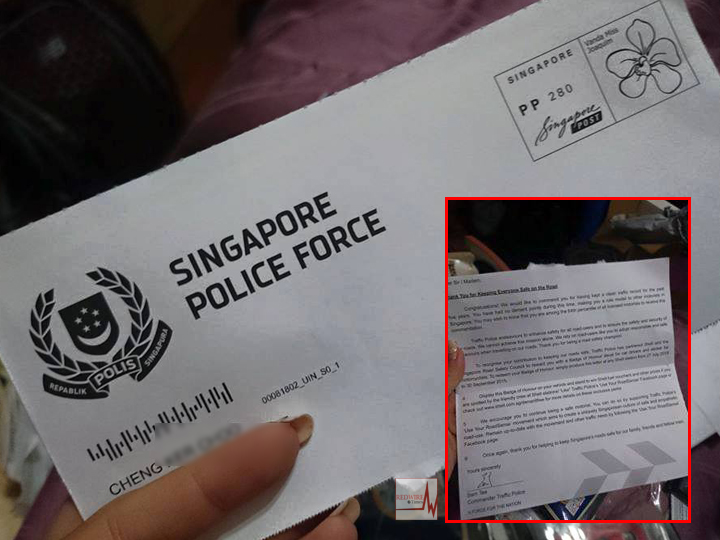 The Traffic Police has been sending our commendation letters to motorists who haven’t chalked up any demerit points in the past 5 years.

Many who saw the letters were filled with that WTF feeling – they thought they had received an unexpected parking summon (and need to go to Ubi to cow beh cow bu at Traffic Police).

But one netizen simply went WTF because apparently the cops addressed a commendation letter to her dead mom!

“So, received this letter in the mailbox and saw that it was addressed to my mother, which was kind of strange…

Opened it and realised that apparently my mother has maintained a clean driving record for the past 5 years, putting her in the 64th percentile of licensed drivers in Singapore!

To be fair it probably wasn’t that difficult because she’s been dead for 5 years. SINGAPORE POLICE FORCE SRSLY ARRRRRR”

Come on lah, you matas!