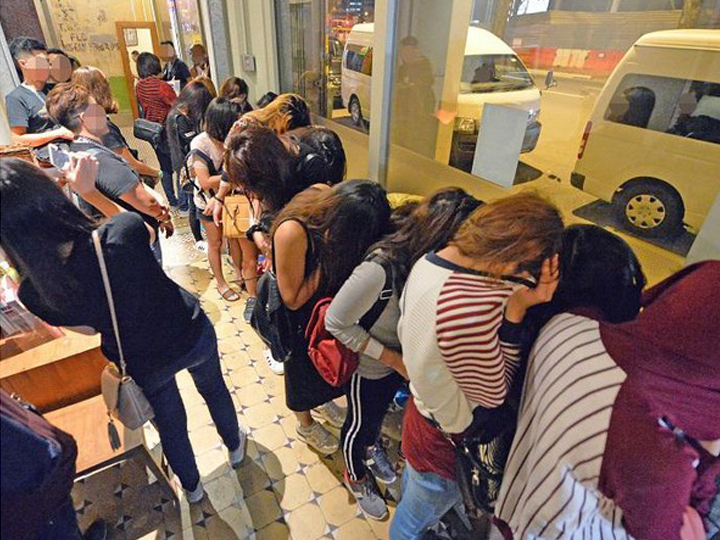 A police raid at a boutique hotel in the Jalan Besar region saw the arrest of 24 persons for prostitution-related activities.

Among those arrested were 23 women and one transgender whose identity card still listed him as a man.

All of them were foreigners, mainly from Thailand, and held valid work permits.

The 6-hour raid, which saw anti-vice officers raid around 70 rooms in the hotel, took place last night and lasted till about 6.30am today.

This latest raid comes after a raid on residences in Orchard Boulevard, Cairnhill and Tanjong Katong led to the arrest of 3 Russian and 1 Uzbek women for prostitution-related activities.

The women are suspected to be high-class prostitutes offering “exclusive” services and servicing a group of rich clientele.

One of the Russian women arrested is suspected of being the pimp of the group.

She has since been charged in court and is awaiting trial.