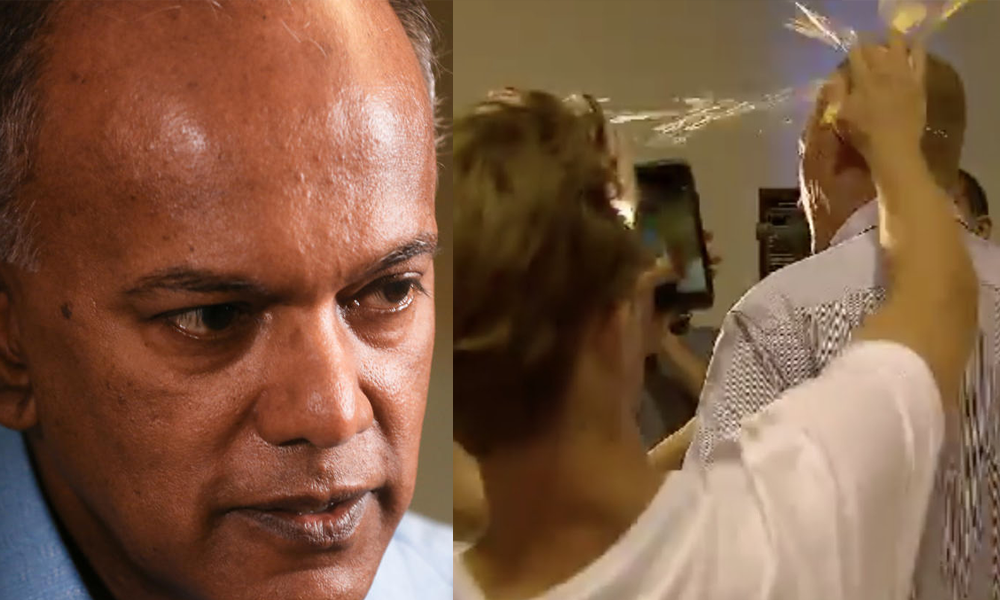 If you think making comments on Facebook is safe, think again.

Two men are now being investigated by the police for online banter on the social media platform regarding throwing an egg at Law and Home Affairs Minister K Shanmugam.

This, reportedly because a police report was lodged regarding their comments.

Facebook user Edmund Zhong  is being investigated for saying:

“I wanna do that to K Shanmugam. I swear.”

He made the comment in The comments were made on a Channel NewsAsia Facebook post regarding the controversy surrounding Australian senator Fraser Anning’s comments on the Christchurch shootings on 15 March that killed 50 and injured dozens others.

Anning was subsequently struck by an egg wielded by a teenager during a press conference.

Both men are currently assisting the police with investigations, for the offence of communicating an electronic record to incite violence under Section 267C of the Penal Code.

“Apparently 3 days ago, 2 officers from Ang Mo Kio Division HQ went to my home regarding my egg throwing comments towards K Shanmugam. Felt a mix of emotions as I didn’t expect a harmless but straightforward comment can gain so much reaction.”