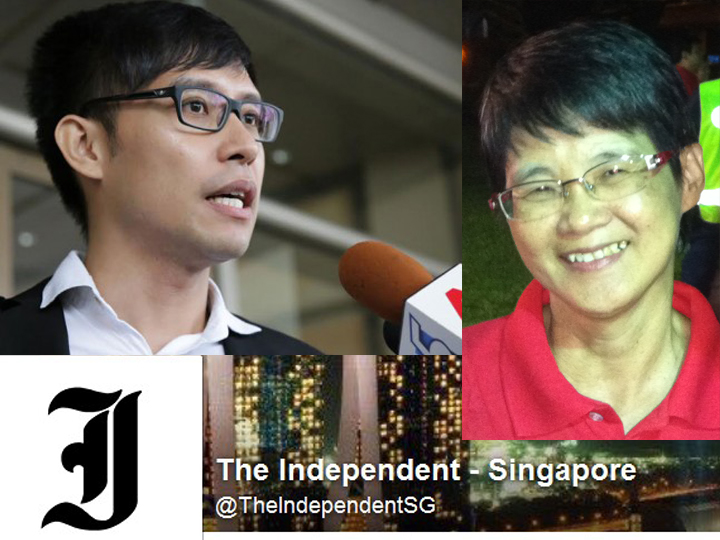 Police reports have been filed against socio-political website, The Independent Singapore, as well as Teo Soh Lung and Roy Ngerng.

The website and duo have been accused of publishing several online articles and postings that may have amounted to “election advertising”, on Cooling-Off Day and Polling Day of the recent Bukit Batok by-election.

The Elections Department says that TISG continued to publish articles after having received a reminder from the Assistant Returning Officer not to do so.

“Socio-political sites such as TISG that regularly promote, propagate and discuss political issues should be accountable and responsible for what they publish…The two individuals – Teo Soh Lung and Roy Ngerng – also regularly engage in the propagation, promotion and discussion of political issues.”

The ELD added that the Assistant Returning Officer had taken into consideration the nature of the posts and their potential impact in filing the police reports.

Engaging in election advertising on Cooling-Off Day and Polling Day is prohibited, as the period of “campaign silence” is meant to give voters time to reflect rationally on issues raised before going to the polls, said the ELD.

Material posted on a platform intended to “enhance the standing of, or promote electoral success for, an identifiable party or candidate” is not allowed.

If convicted of posting election advertising on Cooling-Off Day and Polling Day, one may be fined up to S$1,000 and/or jailed up to 12 months.