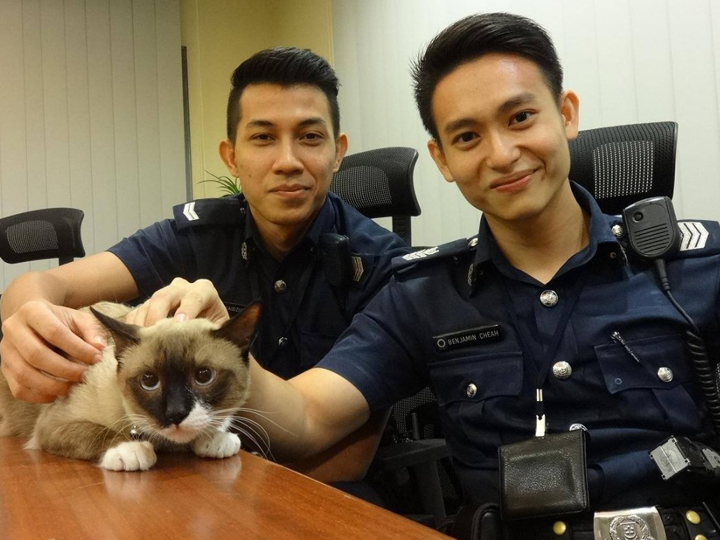 For their heroic efforts at coaxing a cat down from a tree, these policemen received the highest praise from the public. They were even showered with accolades in local Chinese media. Can you believe they even made it out alive? We’re still wiping the tears from our eyes at this touching tale. 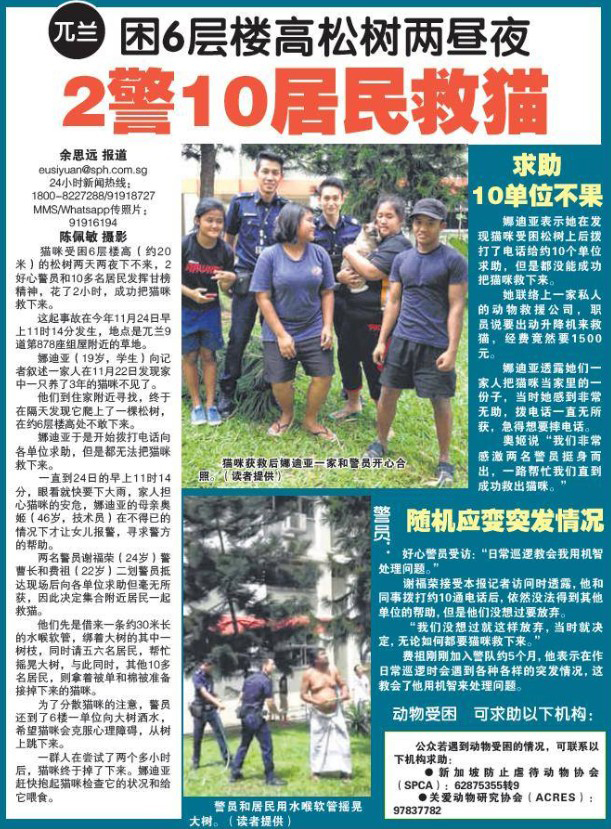 On 24 November 2014, Woodlands East Neighbourhood Police Centre officers Staff Sergeant (SSgt) Benjamin Cheah and his partner Corporal (Cpl) Mohammad Faidzul Bin Muslim saved a cat that had been stuck on a six-storey high tree without food for the past two days.

The cat had clung on to the highest point of the pine tree and the thin branches broke when anyone tried to climb up to reach it. The cat-owners had exhausted all other avenues of help: animal rescue groups and other agencies could not help, and all other attempts to save it had failed.

That’s when our gallant men in blue sprung into action.

“We couldn’t bring ourselves to simply walk away from the situation as both my partner and I are animal lovers,” recounted SSgt Cheah. 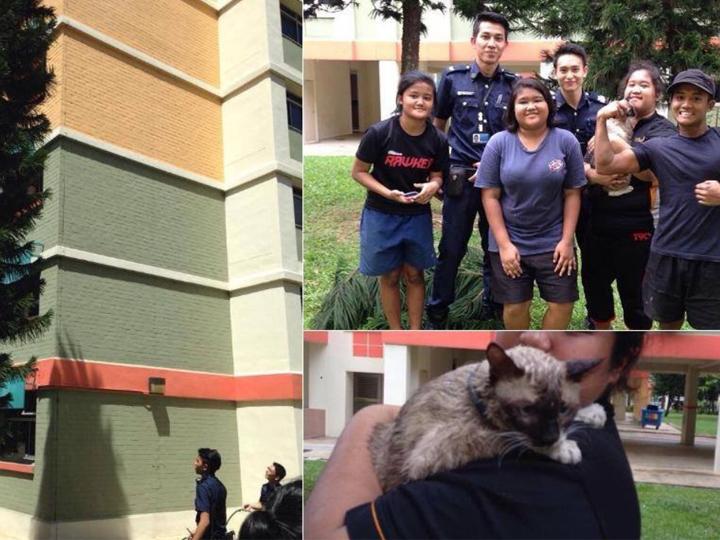 SSgt Cheah borrowed a long gardening hose and worked with one of the cat-owners, Asyraf, to tie the hose to the trunk of the tree at the highest point he could climb up to.

Next, the two officers and five other neighbours began tugging at the other end of the hose causing the top of the tree to start swaying – the aim was to encourage the cat to let loose its grip.

About ten other residents were tasked with spreading out bed sheets and curtains to catch the cat as it fell. But, the cat just wouldn’t budge.

So after about 20 minutes of relentless tree tugging with the cat still firmly grasping on, SSgt Cheah and Cpl Faidzul came up with another idea.

They asked a resident on the sixth floor to spray water out of his bedroom window at the cat.

The effect of water on the cat was immediate – surprised, it let go and fell from the tree. Landing safely and unhurt, the cat was reunited with its owners.

The Singapore Police Force has uploaded the story of the cops who went where angels fear to thread on their Facebook Page, as an example of going above and beyond the call of duty under the hashtag #spfpride. 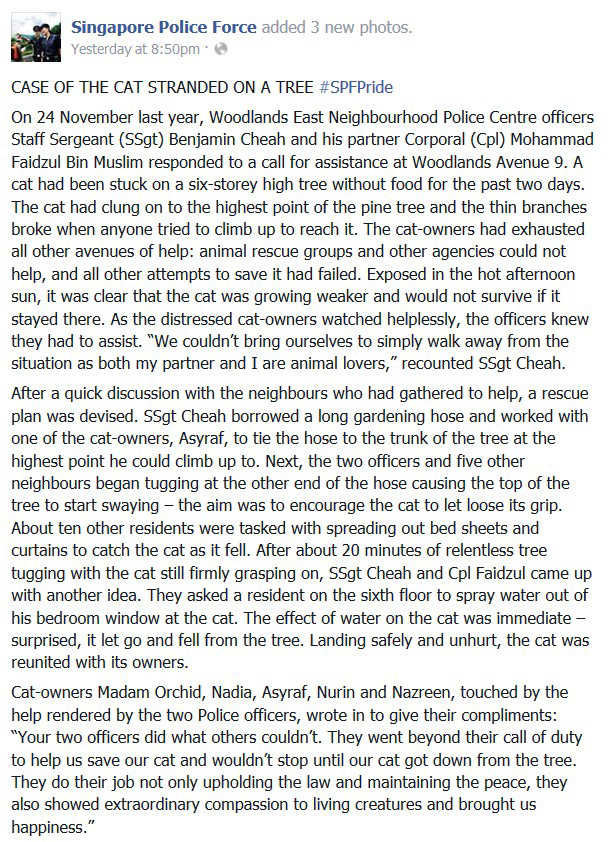