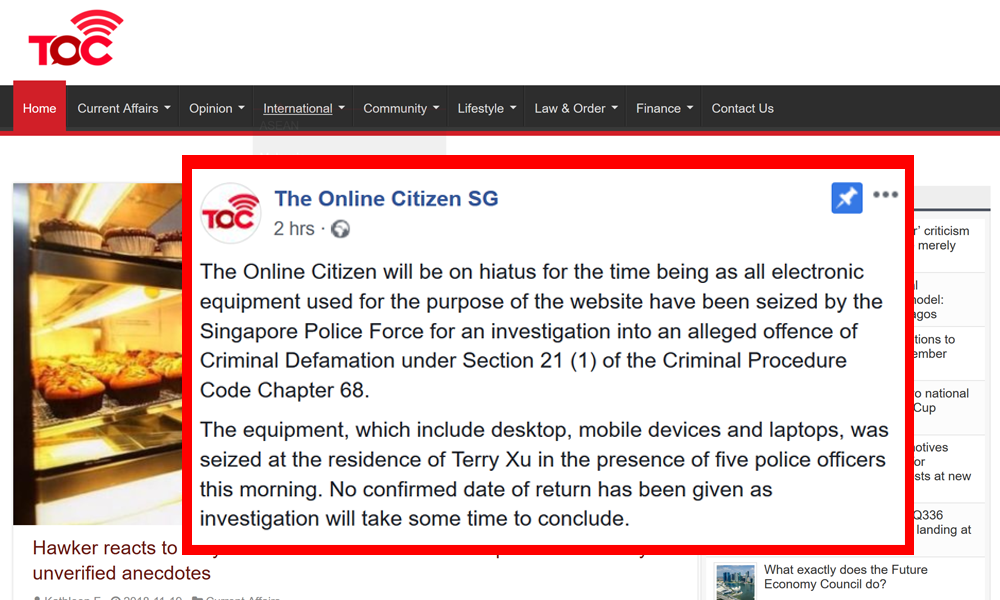 Police have seized computer equipment belonging to Terry Xu, the editor of the The Online Citizen, as the local online news website is being investigated for alleged criminal defamation.

TOC has been placed on a hiatus by Xu, and it is uncertain when operations will resume.

TOC started 12 years ago, and in 2011 was gazetted by the government as a “political organisation”.

This is the second incidence of websites publishing local news being investigated for criminal defamation.

Two weeks ago, the Monetary Authority of Singapore filed a police report against the States Times Review for alleging that the Singapore government was complicit in corrupt dealings with Malaysia.