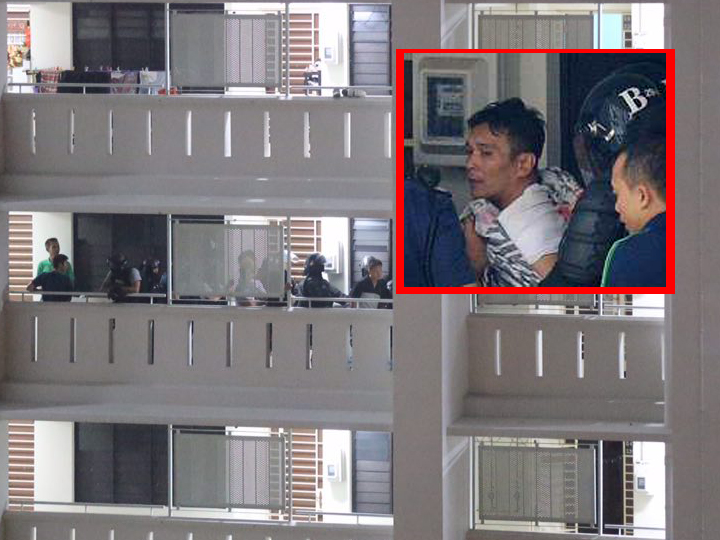 The 2-year-old boy who was held hostage in a Sembawang flat has been rescued.

Police broke into the 5th floor unit and arrested the 39-year-old man who was holding him captive.

The standoff started yesterday at about 6.45pm, at Block 462 Sembawang Drive.

The man had had a dispute with the boy’s mother and locked himself in the unit with the boy.

The SCDF set up a safety life air pack at the foot of the block.

It also sent a fire engine, a red rhino, two fire bikes, an ambulance, and three support vehicles to the scene, and kept its Disaster Assistance and Rescue Team on standby.

Despite negotiations, the man refused to open the door.

It was only after police officers stormed the unit that the boy was saved.

The man is now in police custody.