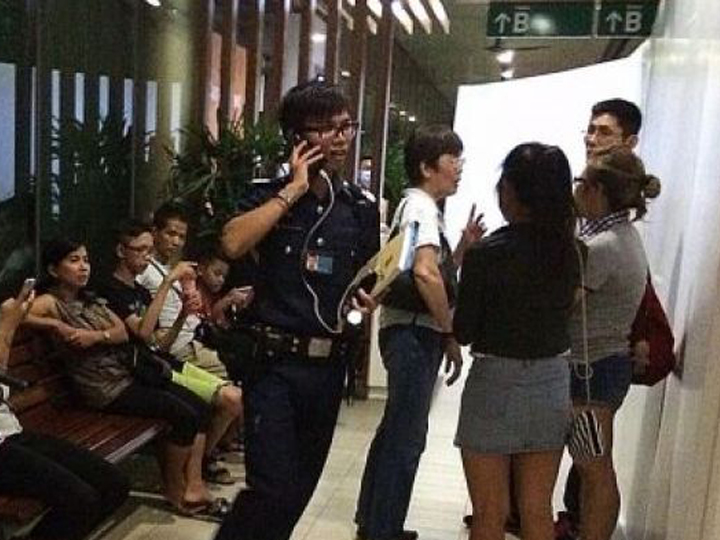 The full details of this lethal encounter are sketchy for now, pending an investigation by police.

But reports streaming in point to a policeman who’s gun was snatched and used to fire at him, by a 24-year-old man who was escorted to Khoo Teck Puat Hospital for chest pains.

TODAY news reports that the suspect first snatched the policeman’s baton and beat him with it, before grabbing his revolver and firing at him.

At least 1 shot hit the policeman in the hand, for which he had to undergo emergency surgery at Tan Tock Seng Hospital – a hand surgeon happened to be on hand there and it would be quicker to send the policeman there for the operation.

The policeman also suffered a gunshot wounded in the leg.

The Newpaper reports thats paramedics who were walking past the room rushed in and subdued the suspect.

Police say “members of the public were not in any danger at any time.” 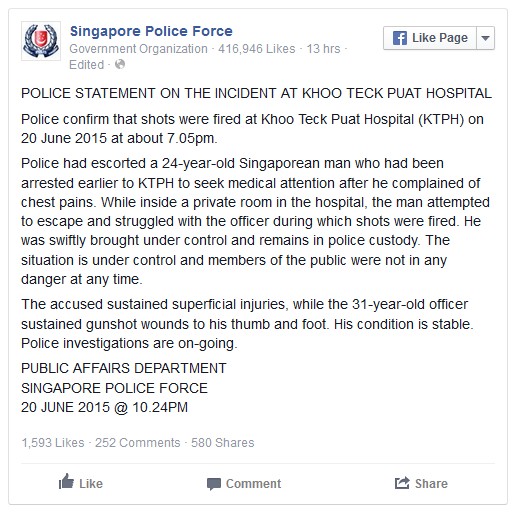