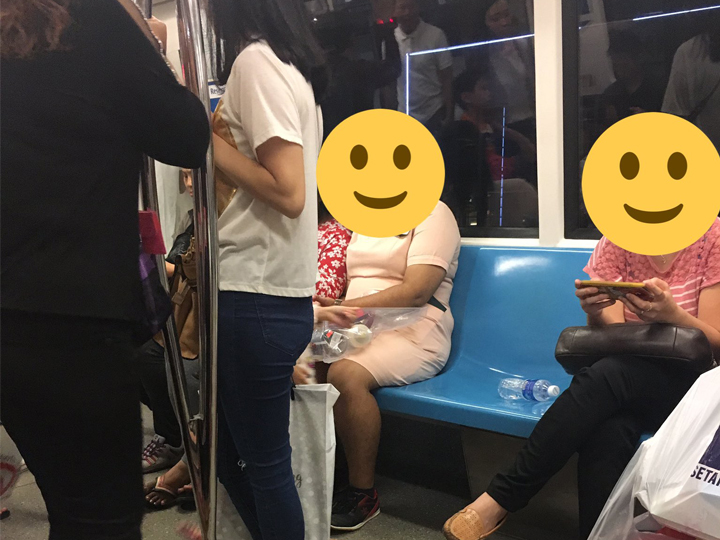 It’s not every day that you see such courteous behaviour on the MRT that would make Singa proud.

This particular train ride was special – instead of rushing to grab and sit their plump ass down on any seat available, Singaporeans in a shocking move willing stood around as a water bottle took its seat.

It’s unclear if the water bottle was pregnant with water or simply tired from a hard day of helping Ah Longs kua zhui.

In the natural hierarchy of things, water bottles tend to fall behind humans, poodles and shopping bags in the race for MRT seats.

A wrong move could have seen it being slammed on social media for ungracious behaviour.

Alas, this was the bottle’s lucky day to have encountered such rare uncomplaining Singaporeans, so maybe it should have gone a step further and bought Toto too.