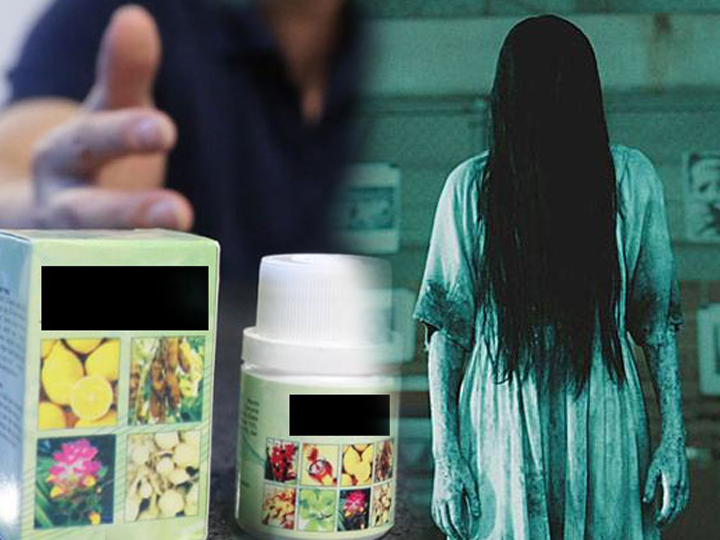 A 19-year-old teen started seeing “ghosts” and even believed she was possessed after consuming a particular brand of slimming pills.

The polytechnic student, who used to be lively and sharp became downcast, sluggish, and complained that she was being haunted by “unclean” things.

Her father, 48-year-old Mr Tan, said that she began taking the pills about a year ago.

Then, her character changed and she became temperamental and overly-sensitive.

About 3 weeks ago, she complained about experiencing supernatural incidents in school and once told her father that she was possessed before hiding in her room and crying.

One day, when his daughter was on her way home, she screamed and said that someone was following her and whispering in her ear.

Mr Tan believes that the slimming pills are the reason for her daughter’s strange behaviour.

The pills contain Sibutramine – a chemical which side effects include hallucinations and mood swings, and irregular heartbeat.

Mr Tan says he doesn’t understand why his daughter started taking the slimming pills as she was already slim to begin with.